This past weekend I surprised my husband with a Staycation. He had been (not so) secretly dreading the idea of driving somewhere far for a weekend getaway so when I finally let him in on the secret he was SO relieved. There were three main rules we had to follow while on the Staycation. No friends, only eating out, and no hanging out at home. Just like any vacation I plan I came up with a suggested itinerary for each day and made lists of all the great bars, restaurants, and places we should visit. Overall the weekend was PERFECT and just what we needed. I may have gained 10 pounds in three days but I swear calories don’t count on vacation so don’t judge me.

Our first night on Friday involved The Spoke Easy, Custom Shop, and Twenty Two. The Spoke Easy is essentially a full-service bike shop with a bar. It is located in Elizabeth and was right next to our dinner spot so I figured it would be the perfect location to hop in to and grab a quick drink. Also since Chappy is an avid mountain biker I figured this shop would be perfect for him! The shop was so hip, relaxed, and clearly the cool place to hang if you’re a biker. There was also this adorable toddler whipping around (wayyyy faster than I ever could) on a push bike. So cute!

Next up was Custom Shop and O-M-G the food was amazing! First and foremost, CHAPPY ATE BRUSSEL SPROUTS. Let me repeat that, CHAPPY ATE BRUSSEL SPROUTS. The real scary part though… he actually enjoyed them. Okay let’s let that sink in for a second. Crazy right?? Yeah, I know! So for dinner I got the Cocoa Rigatoni, Chappy got a crawfish pasta that was on special, and we shared the Brussels Sprouts and a Bread pudding for dessert. Everything was delicious. My pasta was rich and creamy and the squash added a great brightness to the dish. The Brussels and Bread pudding were by far the stars of the night though. The Brussels were crispy with a touch of sweetness and the Bread Pudding was the best I’ve ever had,( and I’ve had A LOT of bread puddings.) It really just had the perfect blend of textures and the flavors were on point. 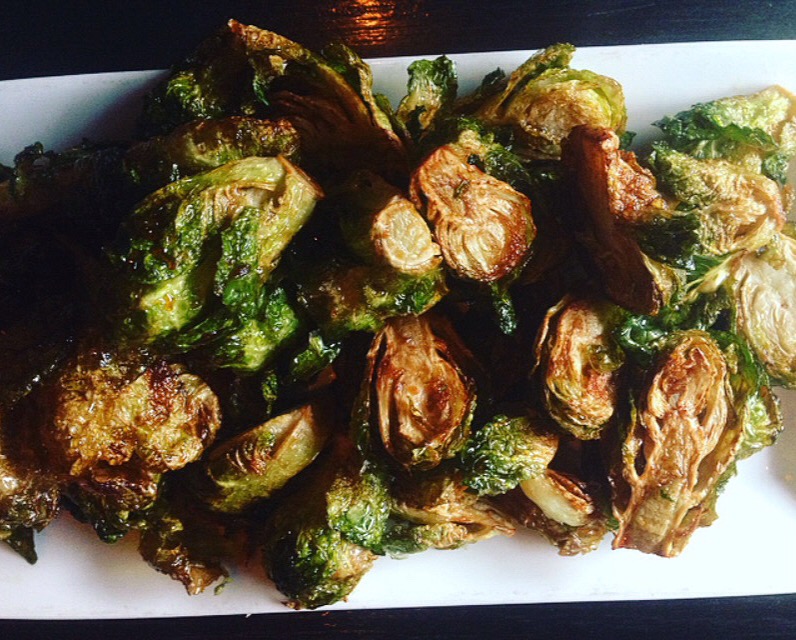 Lastly we finished off the night with a visit to Twenty Two, a small art gallery with a beer and wine bar located in Plaza Midwood. This place had a cool loungey feel to it and was the perfect spot for our night cap.

Now let me warn you, our first real day on Staycation was seriously packed to the max! We started off Saturday with breakfast at Tupelo Honey and shopping at the Atherton Mill Market, then drove up to Lazy 5 Ranch (which was SOOOOOOOO worth it,) popped into Sugar Creek for a beer and some shopping at the Pink Social, then headed to NODA for lunch at Cabo Fish Taco and more beer at Heist, and finally finished off the night with drinks at the Summit Room, dinner at Beef and Bottle, and then more drinks at the Punch Room. (Remember calories don’t count, so stop judging! Ha) Now if you can only get one thing at your next visit to Tupelo Honey get The Queen Mary bloody mary. Okay, so I guess you should probably get food too, not just a cocktail but this drink was so unique I would definitely advise that you get it on your next visit. First off it’s yellow, not red and it comes with a shrimp garnish. It was spicy, refreshing, and lighter than your standard bloody so get it and you can thank me later.

Now let me start by saying if you have not been to Lazy 5 Ranch you need to get in your car and go there right NOW. You get to drive your car through the exhibit and feed the animals. It was sooo cool and very reasonably priced. Make sure to bring cash though because that’s all they accept! 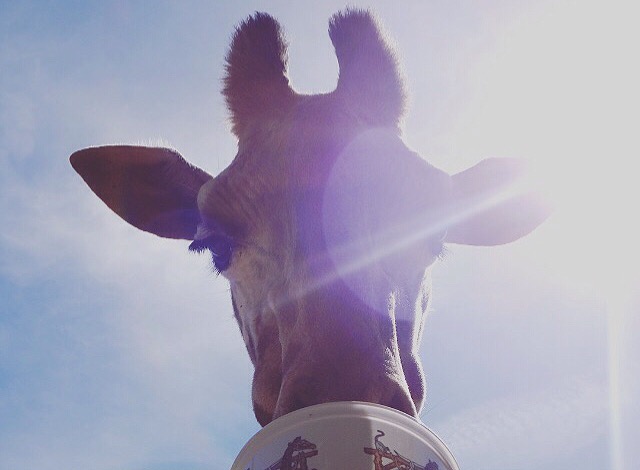 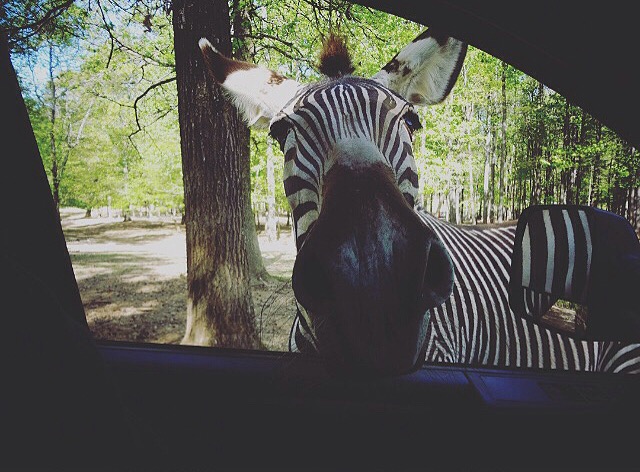 Our next food stop was Cabo Fish Taco in Noda. Basically we went in thinking we weren’t that hungry but somehow we still managed to finish our plates. Whoops… oh well. We got the Carne Asada, Tavarue Tuna, and Blacked Mahi Mahi tacos and they were all delicious. The carne asada was so tender and seasoned perfectly, the Mahi Mahi was fantastic (and also one of my favorite types of fish tacos,) but the real star was the Tuna taco. Surprising I know, but the blackened lemon rub gave a great depth to the tacos which were already bursting with flavor from the kiwi-pineapple fajita and honey wasabi sauces. It was a party in my mouth for sure. 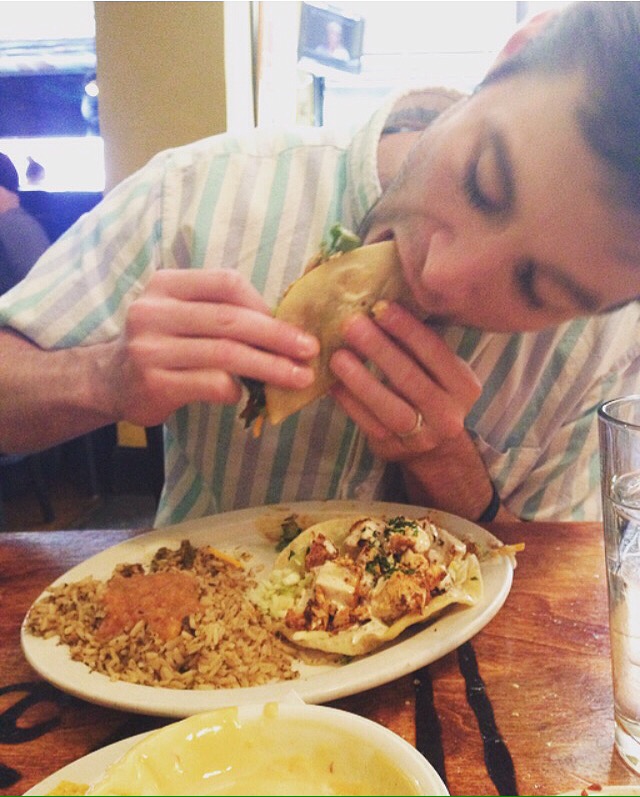 Our last food stop for the day was at Beef and Bottle for dinner. By this point in the night we were pretty stuffed. I swear we normally don’t eat like this so the idea of eating an entire steak dinner seemed a little daunting. We decided instead to share the French onion soup, Filet Mignon, and Deep Dish Apple Pie. The food was everything and more you look for in a quality steak dinner. I also didn’t even have time to snap one picture since Chappy dove in before I had a chance which can probably attest to how awesome the food was. One of the coolest things about this place though was actually the location. They have really kept the old-fashioned atmosphere which makes you feel like you’ve stepped back in time as soon as you walk through the door. The entire experience was great and we have already added it to our go-to list of restaurants.

Our very last stop for the night was The Punch Room located in the Ritz in Uptown. We had heard a lot of buzz about this place and since Chappy is very into craft cocktails we HAD to try it out. Located on the 15th floor, this place is pretty exclusive and only holds about 35 people. The vibe was perfect for a cocktail and punch lounge and the drinks definitely fit the bill. If you are looking for a real craft cocktail in Charlotte this is the (only) place to go; be advised though the cheapest cocktail on the menu is a solid $17.00 so be ready to spend some money. We had originally planned to hop in for a quick taste before our next stop but ended up staying for the entire night. Awkwardly enough we spent more on drinks than we had spent on our entire dinner. (Remember, no judging!!!) They were all delicious though and totally worth it so we will be back.

Our last official day of Staycation was less packed and involved a bike ride to breakfast at Owen’s Bagels, bowling and lunch at 10 Park Lanes, a Funny Bus Tour, and dinner at Soul Gastrolounge. I was not feeling so hot Sunday morning (probably from a mix of drinking and binge eating from the previous day) so I opted to get something simple at Owen’s and stuck with a blueberry bagel with CC and cinnamon sugar. Chappy decided to get the Dixie Philly which smelled SO GOOD but also kind of made me want to vomit so I steered clear. Chappy downed it real quick though so I am sure it was delicious plus there was a steady line out the door for the entire time we were there so obviously this place is a big hit.

Next up was bowling and BBQ at 10 Park Lanes which had seriously been on our bucket list since seeing it on Diners, Drive-Ins, and Dives about 3 years ago. I’m not really sure what took us so long to finally make the trip but bowling is always fun – except this time since Chappy actually beat me for the FIRST TIME EVER—UGH and the food was yummy. We had heard about these stacked jars of bbq so of course we had to try them. Now I would not go so far and say that they are true “Carolina BBQ” but they were still very tasty. We got the Que and Smoke Jars to share which basically involved pulled pork, slaw, and beans versus brisket, jalapenos, and mac and cheese. Our favorite ended up being the Que Jar which was surprisingly spicier then the Smoke jar with jalapenos. 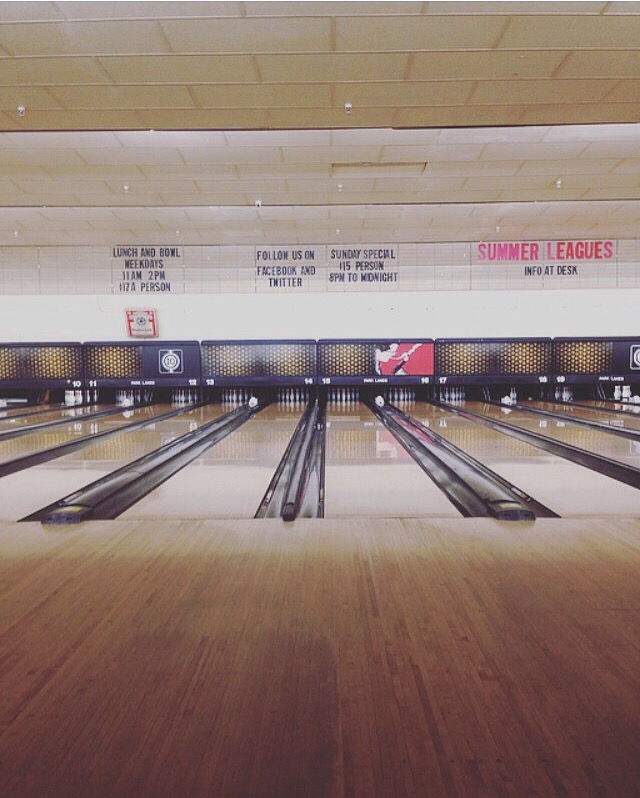 Next up we headed out to do the touristiest (totally not a word but okay) thing so far on our Staycation. Take a tour of the city! Now of course we couldn’t just do any tour, especially since we actually live here so we decided to try out the Funny Bus Tour. It’s a 90 minute tour that takes you around Uptown. You get a little bit of history and a lot of comedy club style jokes. The best part is that you can drink beer and wine on the bus during the tour! The ride was funny, relaxed and it seriously was the perfect way to spend the Sunday afternoon.

Of course though we couldn’t finish out the Staycation without eating out one last time for dinner, right?? HELLOO I had to get in all the calories I could before they started to count again. We decided to waddle (I swear by this point we had ate enough food for the entire week) our way to Soul Gastrolounge in Plaza Midwood. We picked the Shells & Cheese, Fried Brussel Sprouts (because SURPRISE CHAPPY EATS THEM NOW—LIKE WHATT,) Spanakopita, and Fried Goat Cheese on Bruschetta to share. Considering we were already pretty full I am not sure why we chose three cheese dishes. Don’t get me wrong, they were all delicious but the struggle was real. Chappy’s favorite part was by far the cheese from the Shells & Cheese dish. He literally was dipping everything into it. So yes, he was in fact dipping fried cheese into cheese. How he managed to do this and not explode I’m not sure.

In the end our Staycation truly felt like a weekend getaway. We did so much exploring and really made a solid dent in our 2016 Food Bucket List. The funny part about vacations though is that sometimes you need a vacation to recover from your vacation so that’s exactly what we did. On Monday, the last official day of tax season, we decided to sleep in and take the day off. It seriously was the perfect ending to the stress filled tax season.