After two months of bad sleep and then two days of horrible, awful, TERRIBLE 30 minute increments of sleep we finally caved and started sleep training and I am SO glad we did. Now a little bit about Waylen before training… he loved being swaddled but we just transitioned him into a sleep sac, he still had night feedings, and he would sometimes take a paci from Chappy in the middle of the night if he was cranky. Plus he was pretty much always nursed to sleep. So for this training our goal was to get rid of the paci, eliminate night feedings, and get him to actually sleep more than a few minutes at a time!

Now personally I am not a fan of cry it out so we decided to go with Sleep Sense. In this method you can stay in the room, pick up put down, comfort them by rubbing their tummies, talking to them, etc. and can do as many check ins as you want. Now before trying sleep training Waylen had probably only cried an hour TOTAL in his entire life so when my none cry it out method ended up involving a lot of crying I panicked. (Obviously!)

Pretty much everything we were allowed to do to comfort Waylen actually made him cry more. Pick up pick down?? Yeah, NO. Staying in the room? Didn’t work for us. Cried loader, got redder, and was much much angrier. (And would just give me an evil death stare the entire time.) So we ended up doing the check in method and it actually started to work! The first night took a whole hour for him to finally fall asleep but the next day it only took 20 and then 15 and now he’s out in under 5. (And just FYI that hour was not constant crying.. it was crying, then whining, then silence on repeat.) We ended up checking in about every 3-5 minutes of crying. The first night he woke up 4 times but was able to put him back to sleep every time with only one time taking more than 5 minutes. The second night was about the same and the third night he only woke up twice and was back asleep in under 2 minutes!

And naps? On just the second day he took under 5 minutes to fall asleep every time and under 2 minutes the next day.

Now 1 week in and I’ve never slept better!! We temporarily moved out of our master when we initially started sleep training (since we still room share with Waylen) and now we’re heading back in so wish us luck! But seriously … we decided to drop the night feeds so I now get a solid 11 hours freedom from my little babe. I haven’t slept this well in many many MANY months!

If you’re on the fence about sleep training, do it! Like run and do it now. My baby is happy, well rested, and on a pretty predictable schedule which makes planning my day super easy. Also now I can put him down in his crib and just watch as he rolls around, plays, and soothes himself to sleep. Much easier than all that rocking and nursing but don’t get me wrong, I still sneak in some baby cuddles during his last little cat nap of the day. I mean come on, he’s not going to be this little forever!!

Now just one last little fun fact Waylen taught us this week is that he apparently is now a tummy sleeper. Almost as soon as that swaddle came off he learned how to roll himself over in his crib and has been sleeping on his stomach ever since. Of course the “back is best” mommy in me panicked at first and was constantly rolling him back over but it literally did no good since he’d be back on his stomach almost immediately. Ha Plus our pediatrician said once he can get their on its own it’s safe. Still. My anxiety is a little higher with my new tummy sleeper but I guess at least he’s found a way to get through the night comfortably! 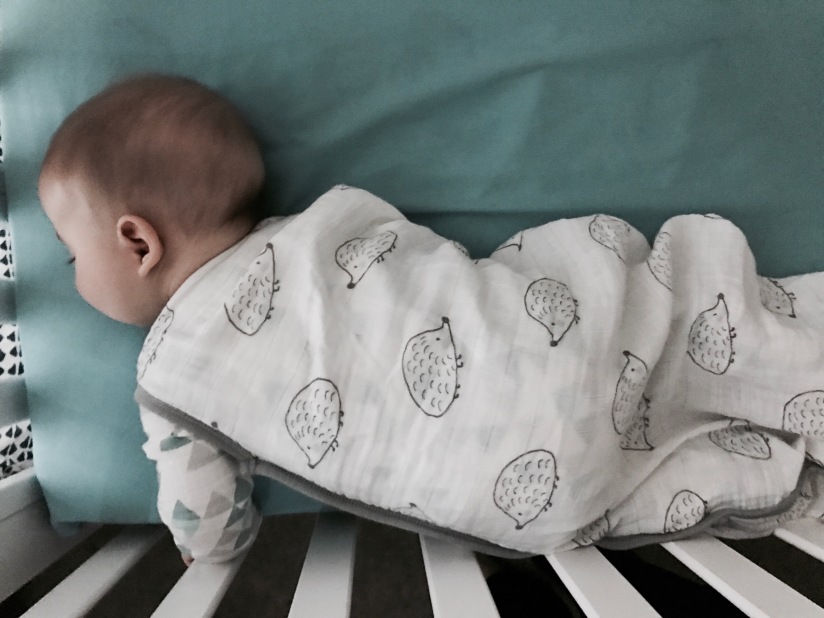 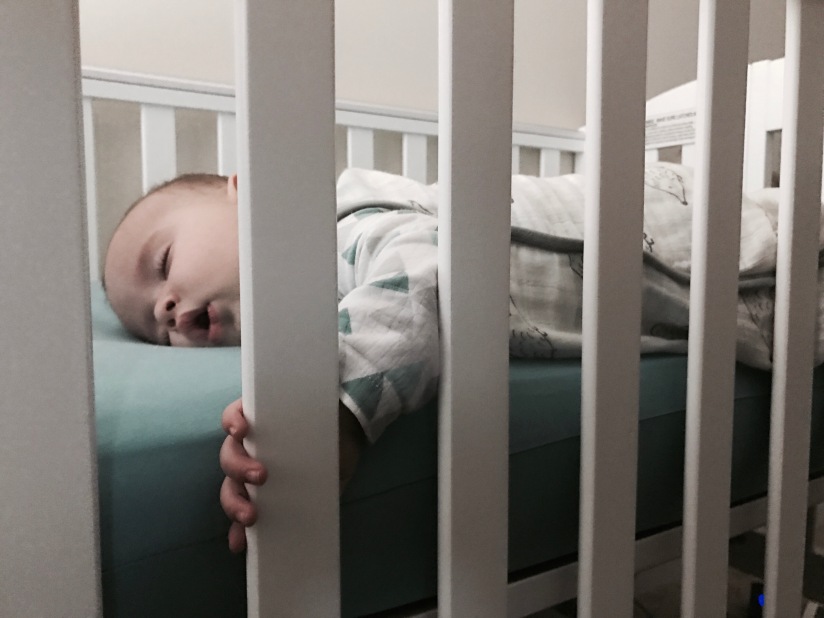 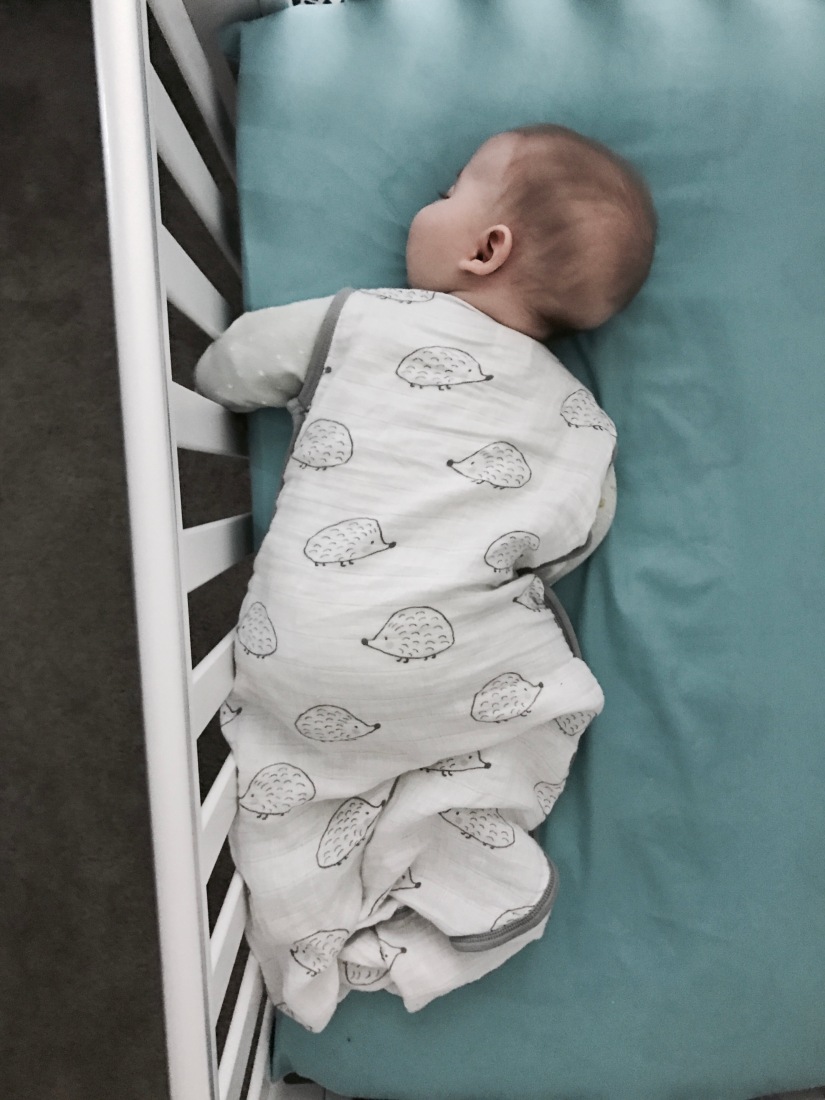 And sometimes he even does crazy stuff like this …

Apparently I did the same this as a kid soo he must take after me!