June is Scoliosis awareness month and as many of you know I have pretty severe scoliosis. 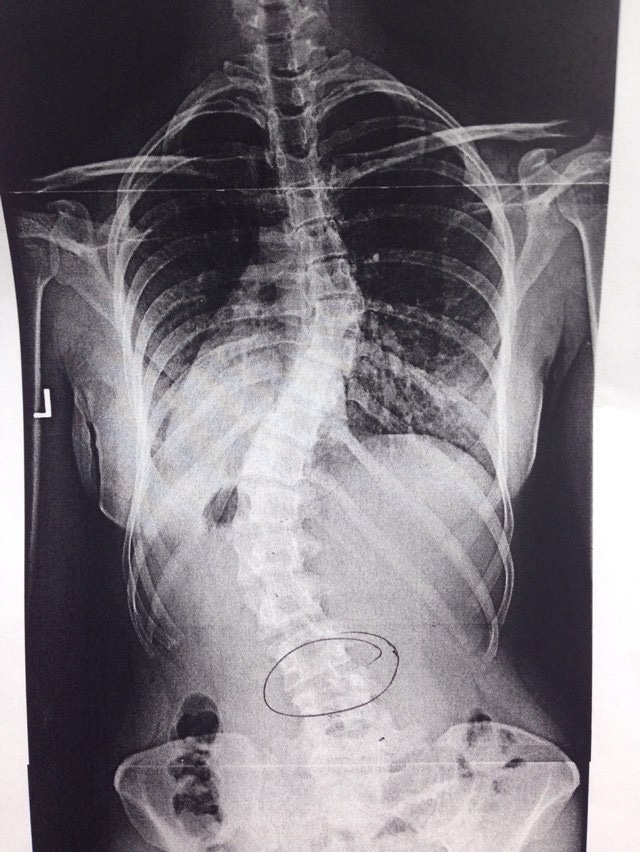 For those of you who don’t know scoliosis is defined as an abnormal lateral curvature of the spine.

I first discovered I had scoliosis in high school after I was having lots of back pain. The crazy part is- my scoliosis could have been prevented. In middle school I was on growth hormone because at 14 I had the bone age of a 6 year old. They started me on growth hormone shots but I wasn’t growing at the rate they had expected so eventually we stopped. Years later we discovered I had been growing, just not straight! If they had been more thorough and monitoring my back they would have seen that I was developing scoliosis and put me in a brace at night. Instead here I am- a little extra curvy.

In high school when I was dealing with the back pain we entertained the idea of surgery. It would have been MAJOR. They would insert a huge metal rod along my spine to strengthen it and in the end I decided against it. For insurance purposes it was considered “cosmetic” (crazy right?!) and doctors said it may not even help with my pain so it seemed like a very expensive gamble.

Luckily now I have zero pain or discomfort associated with my scoliosis! Using yoga and pilates to strengthen my back really eliminated all the pain I was having. I’ve gone on to live a completely normal and ordinary life. I play sports, snowboard, easily carry and birth big chunky babies, and have had zero issues with my back in my adult life.

It is funny though, every time I go to a new doctor or yoga instructor they ALWAYS (seriously always) give me a serious talk about how I “may not know- but I have pretty severe scoliosis.” HA! Like, yes I realize that. Kind of hard to miss!

Honestly though, I really enjoy being short so I’m not even sure I’d like to have those extra three inches I’d gain with a straighten back. That’s just me though!

1 thought on “Bent not Broken”