How are we already to 6 freakin months?! I always feel like 6 months (aka starting food) is SO far away when I have a baby but nope- here we are again. I blinked and now little miss is starting to eat real food! Crazy!

We haven’t been to her check up yet (because we’re currently on a flight to California!) but I would estimate she’s about 14ish lbs.

This last month has been so much fun! Kennedy has been so happy and giggly. Her and Waylen are seriously bffs and it’s amazing. He LOVES to teach her things and all I here allllll day long is “Kennedy do you know what this is …” “Kennedy want to come do ____ with me.” “Kennedy do you want to share this with me?” It is THE CUTEST!

Kennedy’s favorites things these days are pretty much all of Waylen’s toy cars, kisses from mom, anything crinkly, watching Waylen be crazy, and watching us eat. She also is rolling and scooting around everywhere on tummy time. She’s been practicing her crawl “rock” as I call it and has recently started army crawling everywhere to reach things. This past month she has also been working on her sitting skills and went on her very first swing ride! 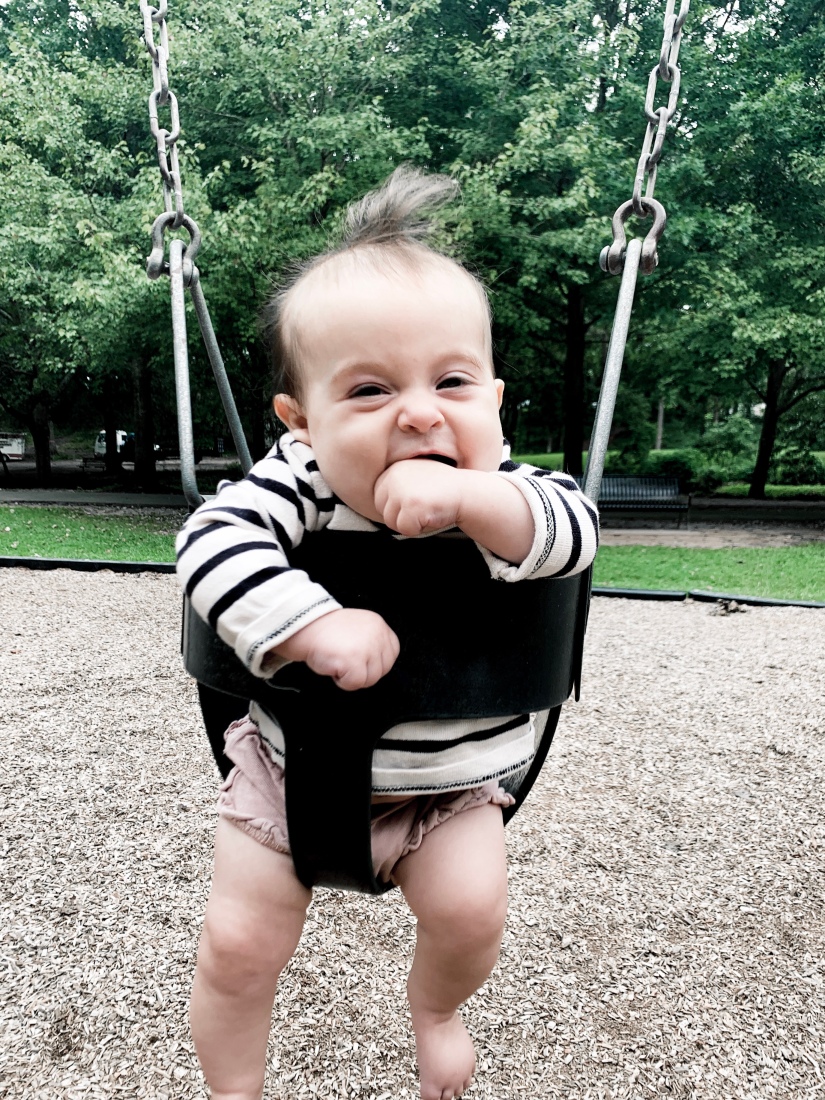 So the sad news though is that her thick, luscious locks are officially almost gone. She has a few straggler Mohawk hairs holding on but mostly they are long gone. Luckily she already has her peach fuzz new growth coming in so she’s not fully bald! But just look at it… I mean let’s take a moment of silence for that mane. 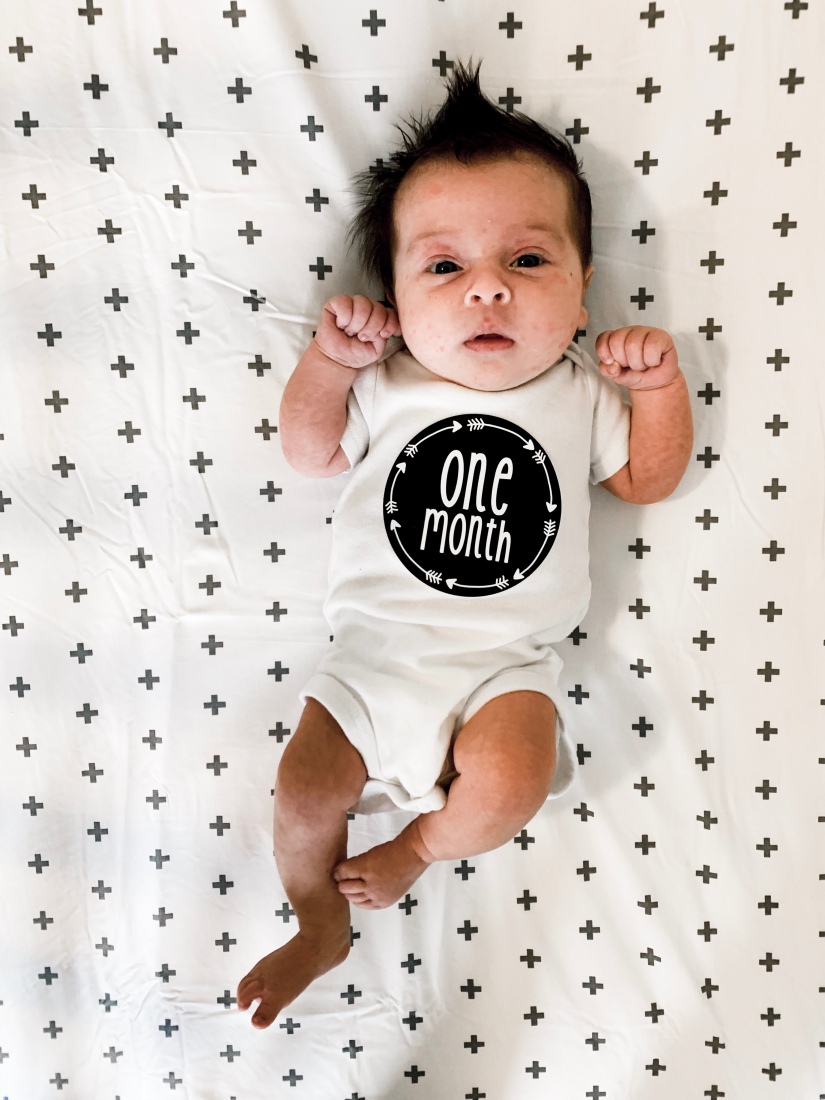 As for sleep, she’s been doing much better. Pretty much sleeping through the night. I say pretty much because occasionally her wake up will be around 4 which is a little too early for my liking (duh! Lol) Usually though she goes to bed at 7pm then wakes around 5:45 to eat, then will go back to sleep until 7:30. Eventually I hope she starts to sleep a little later and then just get up for the day but I’m not gonna push it too much because she’s just my little petite babe and maybe shes hungry! And a 10-11 hour stretch really isn’t bad!

This next month we have so many fun things going on! We get to start working on 100 foods before one, getting her ready for her first Halloween, and we’re even taking a trip to DisneyLand (though it’s mostly for Waylen.)