I have a confession to make. I have never actually been to a restaurant dedicated to ramen. Well that is, until this past Friday. It’s shocking I know, especially with my complete obsession with noodles. But really besides those Maruchan ramen noodles that I lived off of in college I have only had real restaurant ramen once from Heirloom during Restaurant Week which was almost a year ago. Now it was absolutely delicious so I’m not exactly sure what took me so long to visit Futo Buta to try out a legitimate ramen joint. It has been on my Restaurant Bucket List (yes that’s a real thing I make every year) since they opened back in March of 2015 but somehow I never made it out. Let’s just say I was COMPLETELY missing out. I am not really sure how I survived this long without it, let alone made it through winter.

The restaurant itself is located right off the light rail in South End. It’s really tucked back in there so don’t give up if you can’t find it at first. I decided to try the Miso (Hungry) Ramen and IT WAS DELICIOUS! The broth… To die for… I would bathe in it. The Ramen was the perfect blend of crunchy textures, smooth silky broth, smoky pork belly, and spicy ground pork. The depth of flavors contained in one little bowl was magical and the egg was the perfect finishing touch to what I can only describe as perfection in a bowl. So my only real struggle here was actually eating it. Chopsticks are not my jam. I really needed those kiddie ones because the struggle was real. By the end though I did manage to get food into my mouth and only splattered my silk Anthropologie shirt like three times. I’d say it was a success. 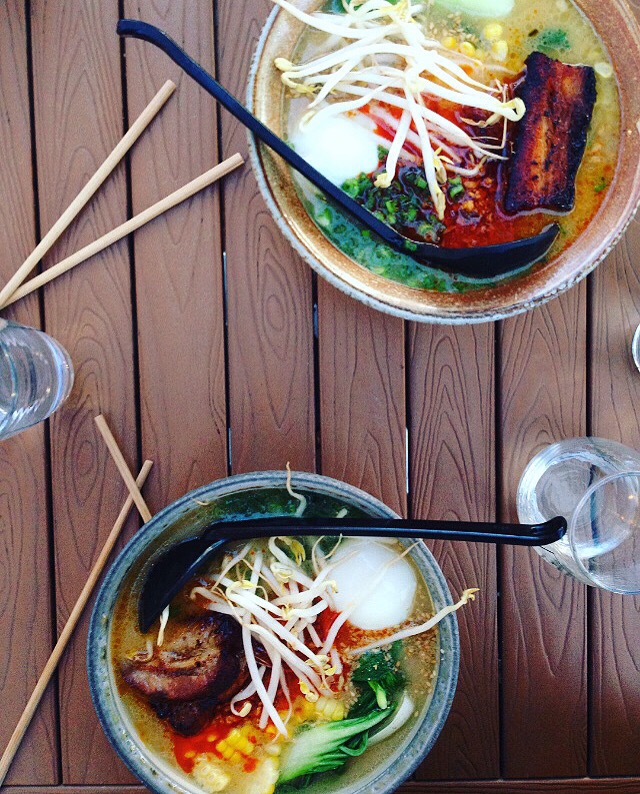 Another unique thing about Futo Buta is the awesome soft serve they whip up daily. They are always changing it up and experimenting with flavors you wouldn’t expect to find in soft serve. When I went they were serving green tea with honey and strawberry basil and of course I had to try them both. I’m telling you, I really do have extreme FOMO but only when it involves food. It’s already hard enough deciding what entrée to get but having to limit yourself with appetizers and desserts too?? NEVER. I’m all about getting a bunch of things and eating a little from each. My wallet doesn’t quite agree with this strategy though so I’m still trying to find the balance. Of course nothing was different while at Futo Buta so naturally I also got my hands on some Duck Confit Buns and of course they were delicious as well! 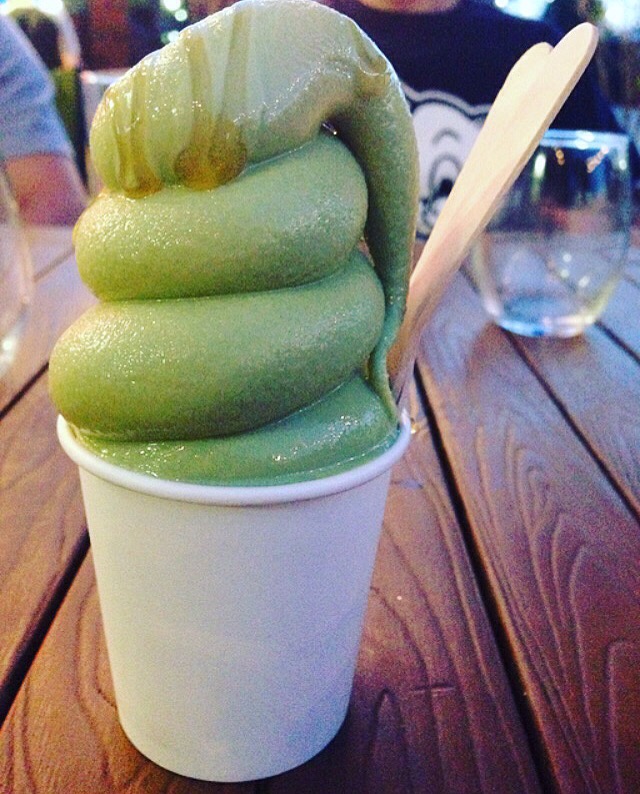 So basically the moral of this story is… GO TO FUTO BUTA. Don’t be like me and miss out on the most delicious little bowl of magic. Your taste buds will literally throw a party in your mouth!