Sometimes the easiest project turns into the biggest nightmare. Ha. After paneling our dining wall with pallet wood I thought this project was going to be a breeze. (Honestly it wasn’t thattt bad, but it should have been a lot easier/quicker.) Basically the entire project was supposed to be simply buying plywood, having the store cut it into 8” boards, nailing it up on the wall with spacers, and then painting it. Easy enough, right? Well first off it took us going to three different home improvement stores to finally find one where their saw wasn’t out of order. Then our nail gun stopped working so we had to hammer everything in by hand, and then we quickly realized our walls were pretty wonky so we needed to add trim around the edges to make everything have clean lines.

Starting off the project really wasn’t bad at all. We found the studs on the walls, lined them out and then started attaching the wood boards. We originally started by using a few pennies as spacers between the boards (both vertically and horizontally) but eventually just eyeballed it. We love the rustic look anyways so nothing needed to be perfect. 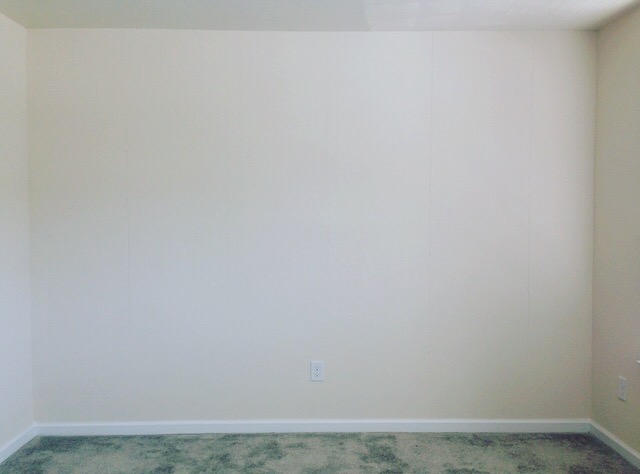 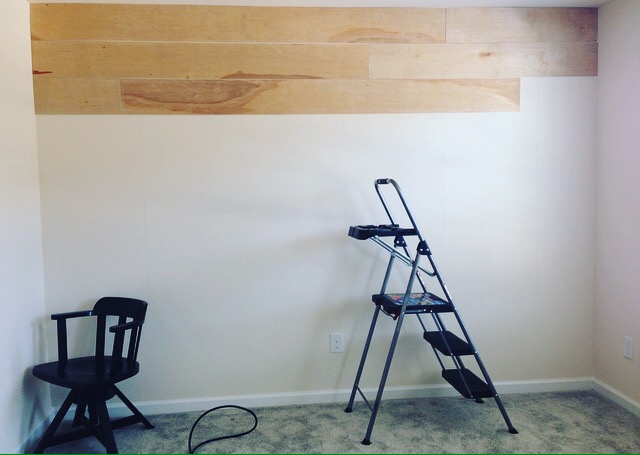 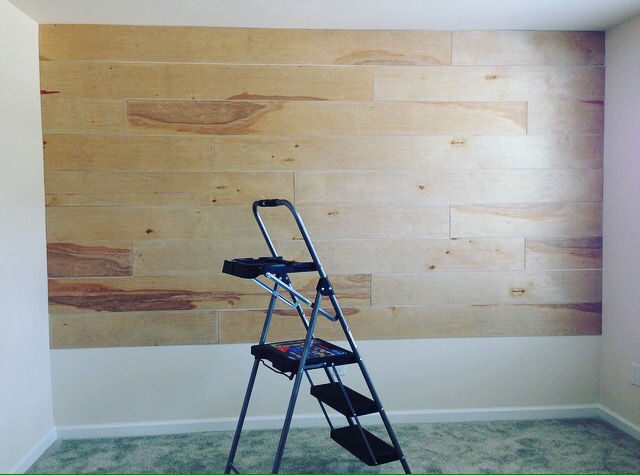 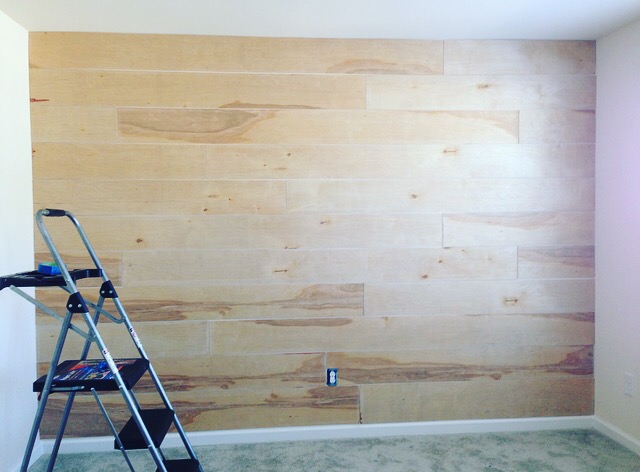 The boards went up so FAST compared to our pallet wall. Seriously using 8” boards was a dream come true. We alternated which side of the wall we started on and cut down the length of some of the boards so all the gaps wouldn’t line up. We mostly just nailed the boards into the studs but did use some liquid nails on the shorter boards that did not hit a stud. We had one outlet on the wall so we used an outlet extender to pull it out flush with the wood. (Remember to turn off the electricity before messing with any outlets!!) Also for our last row of panels we cut the wood to 9.5” instead of 8”. We were so close to the baseboards that putting an 8” board in and then a 1.5” board would look silly. In the end you can’t even tell the last board is actually larger. 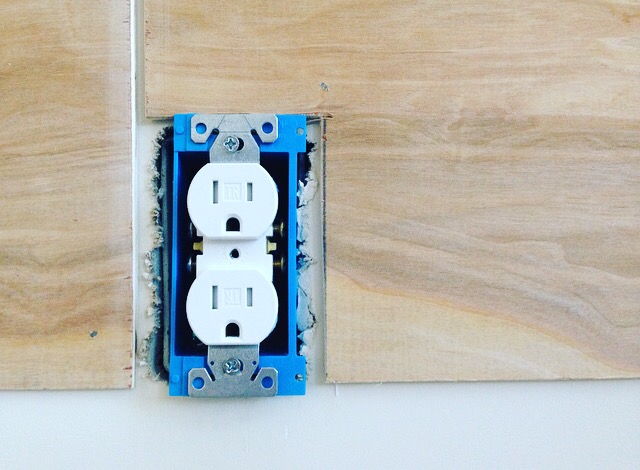 Next up, we painted! First we went around in all the cracks with a ½ inch paint brush and then we used a small roller on the rest. This is the point where we realized we were probably going to need to trim out the wall. In pictures the wall looked fine but I swear the edges were driving me crazy! Some of the boards had areas where only ½ of them were touching the wall. Ha I think it was one of those things where no one else would have even noticed anything but it was literally all I could look at. So we went back to the store to purchase trim and some caulking. 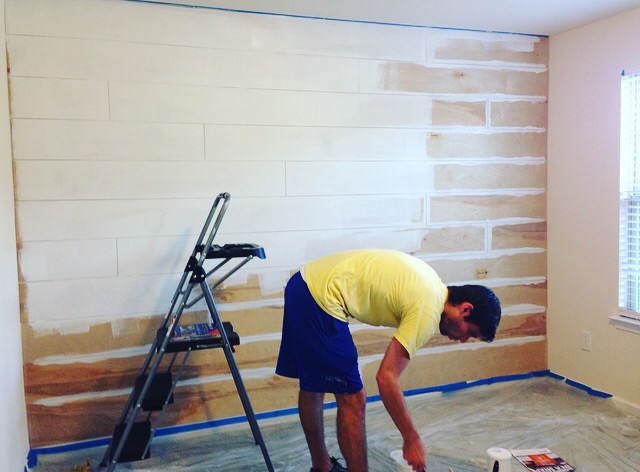 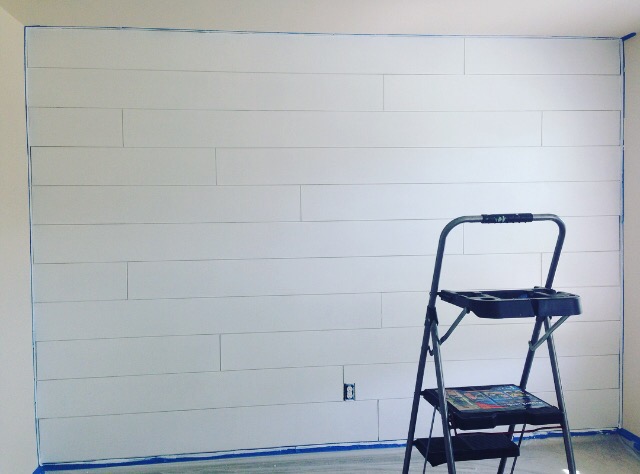 We cut down the boards, painted and then attached them to the wall using liquid nails and nails. We also caulked some of the areas where our walls weren’t straight. And F-I-N-A-L-L-Y we were done!! 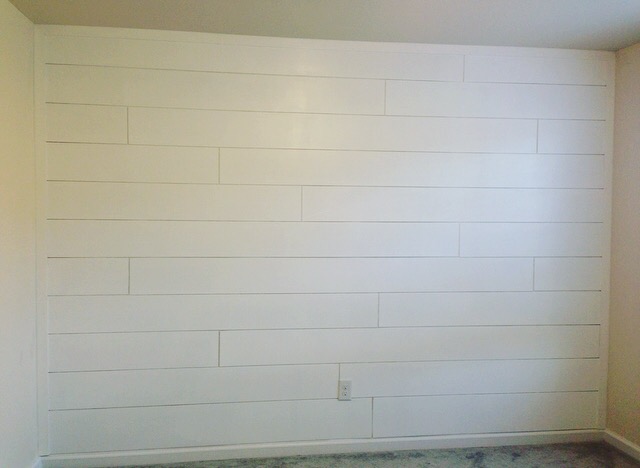 Yes, this project was a little more of a headache then I had wanted but honestly it was still super easy, especially compared to all the work we put into our pallet wall! Now we just need to do some more upgrades on our master so our new little bean doesn’t have the coolest room in the house. 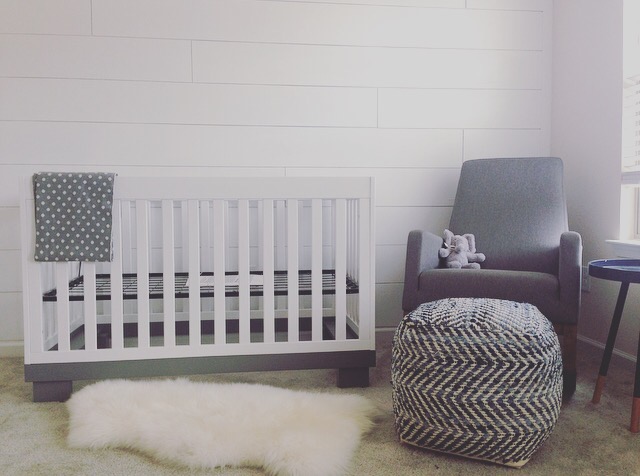