Gosh 7 months seems SO old! Where did my squishy little baby go???? We are officially closer to his first birthday than we are to his birth! How weird is that?! Waylen is now around 19 lbs and seriously gives momma an upper body workout. Carrying him in his car seat? Yeah right! It’s so hard ha.

Waylen has made some major changes in the last month. He’s a new man! Well, a new baby. He literally sleeps through the night from around 7pm to 6am which really means I’m a new woman! I’m getting so much sleep I don’t know what to do with myself! Also he is the napping king so I literally can clean the entire house just during his first nap. It’s great! (He is also exclusively a tummy sleeper now 🙄) 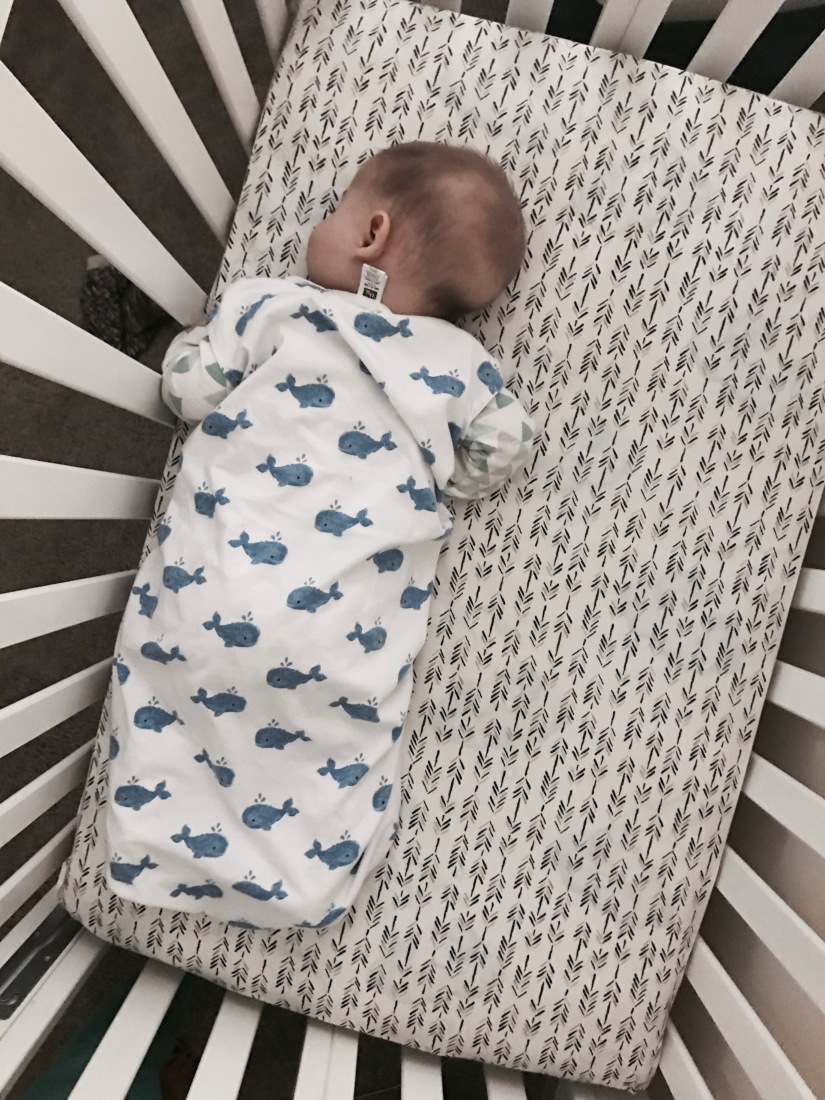 We are still chugging along with breastfeeding but now Waylen has also started solids. We’ve gone with Baby Led Weaning and so far he’s tried broccoli, sweet potato, avocado, zucchini, Greek yogurt, eggs, carrots, squash, and watermelon. It’s crazy how well he’s done. Babies are so smart! He knows exactly what to do, even when we gave him a spoon with yogurt, it went right to his mouth! 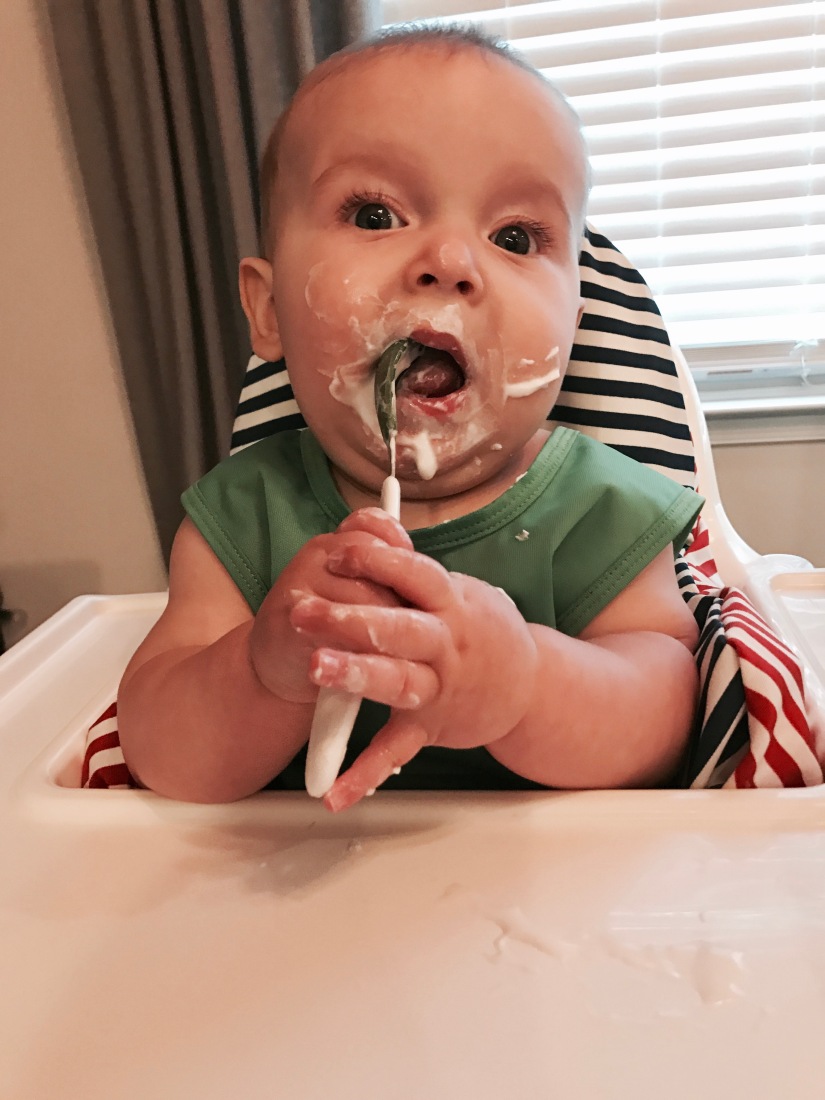 Some of his favorite things are animal noises, playing fetch with Pickles, his alphabet blocks, the book Roar, Greek yogurt, swinging at the park, and being held by any Panther player. That last one is kind of a joke but we’ve already got three Panther players to hold Waylen for a picture so might as well try for the entire team. Panthers PLEASE hold my baby. Ha 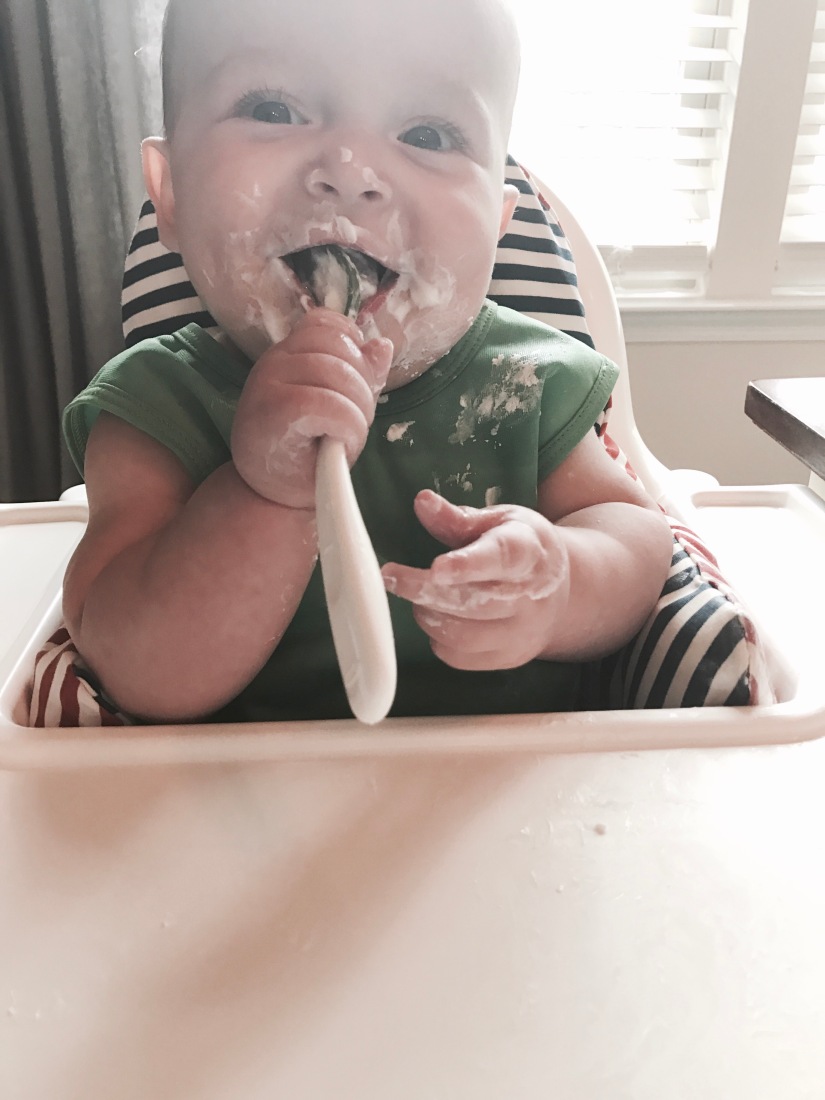 He is a champ at sitting on his own now, rolls from back to front and back like crazy, loves standing up, and blowing spit bubbles. He still is my little toothless baby though and hasn’t master how to crawl yet. Maybe one of those will happen this next month?! Who knows!