Seriously the older Waylen gets the faster time flies. He is officially weighing in at 20 lbs. 8 oz and is 27 inches tall. 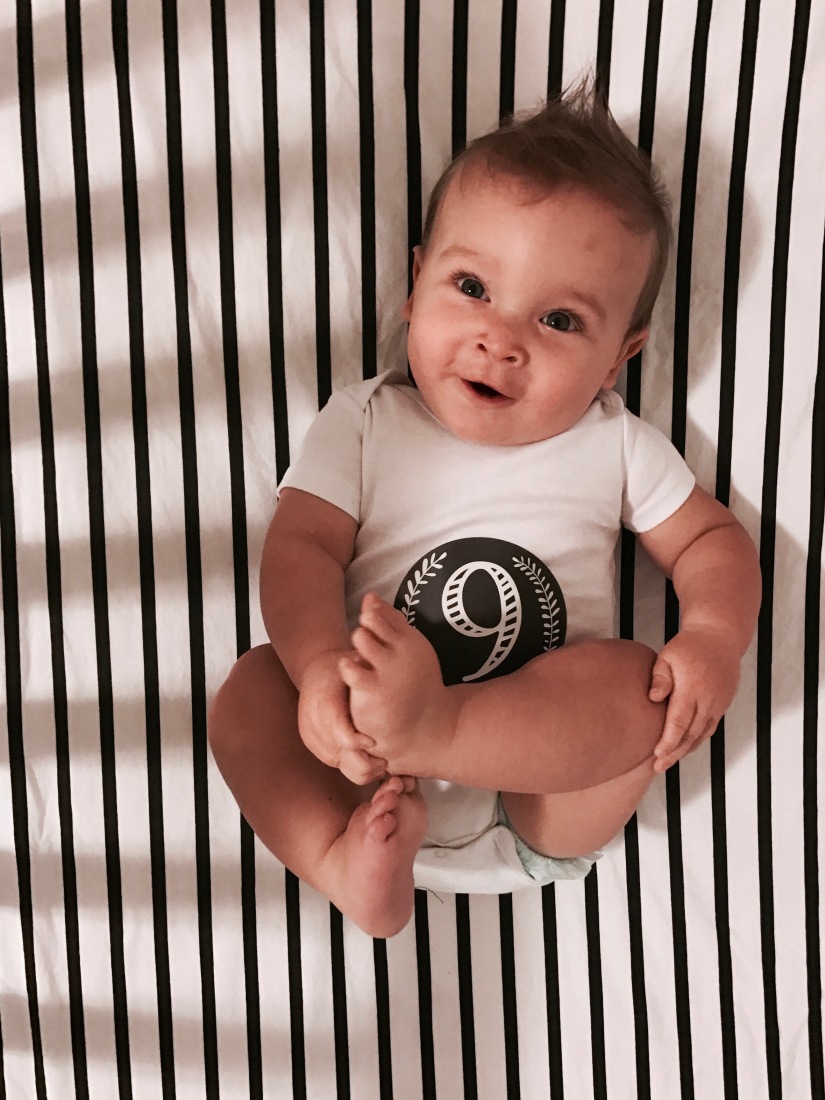 He also has a solid head full of fluff these days which I must say makes for a pretty adorable Mohawk.
He’s great at holding himself up while standing, takes steps while holding our hands, and can sometimes pull himself up to standing. He still doesn’t crawl fully though! He will get into crawl position on his hands and knees but only actually moves in an army crawl. That really doesn’t slow him down though. He still books it across the floor on his elbows!

In this last month Waylen flew across the country on his first plane ride and went to his first panthers game! He did amazing at both! Unfortunately though Waylen has definitely got a case of separation anxiety lately! It’s not allllll the time but he is definitely a mamas boy and will sometimes fuss or cry if I’m in the room and not holding him. Mostly it just happens later in the afternoon when he’s extra tired. Because of this though we decided to officially move him into his own room at night! It was a tough decision but we finally decided just to do it in an effort to keep him sleeping through the night. Luckily I think we miss him way more than he misses us ha.

Also Waylen said Mama and mom this month! And not just once or twice, he says it allllll day everyday! Still no teeth though! Ha but again that doesn’t stop him from eating any and everything this we offer him. 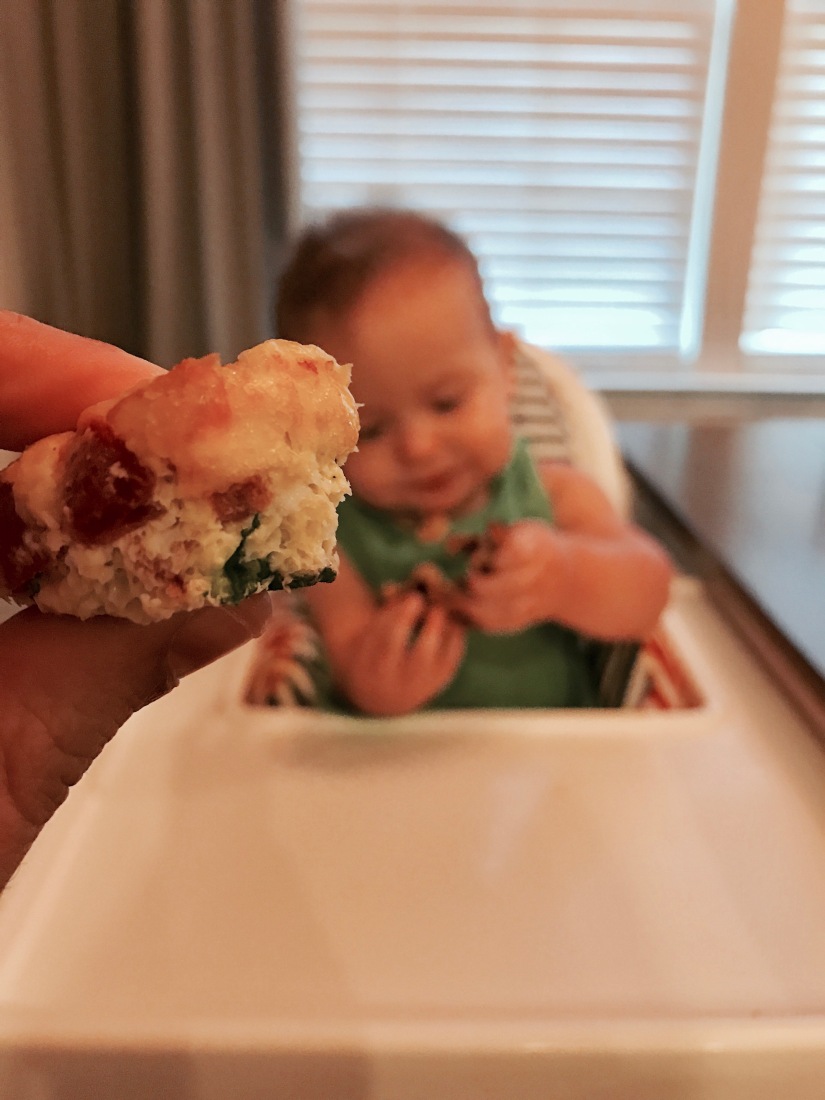 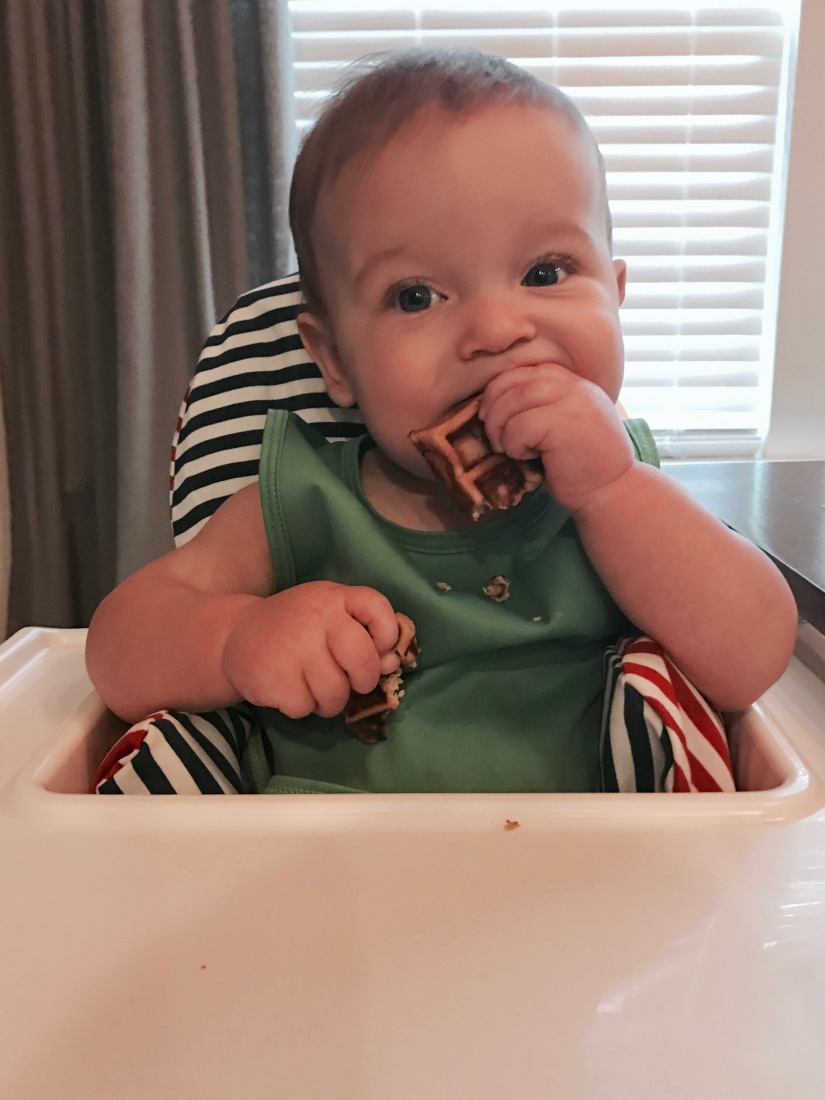 I cannot wait to see what this next month will bring! Hopefully some teeth 😝