Waylen is TEN MONTHS OLD! Like, how did this happen?

This past month Waylen has really grown up! He has nearly perfected pulling himself up to standing on pretty much everything and babbles more then ever. In addition to mama he now also says dada, dog, and good! He uses his sippy cup like a pro, can also drink out of a normal cup, and has learned to turn the pages in his books!

He LOVES eating and will seriously scarf down adult size meals twice a day. In the next few weeks we will transition to three meals and one less nursing session. These days Waylen is more and more interested in food and less and less interested in me 😭. 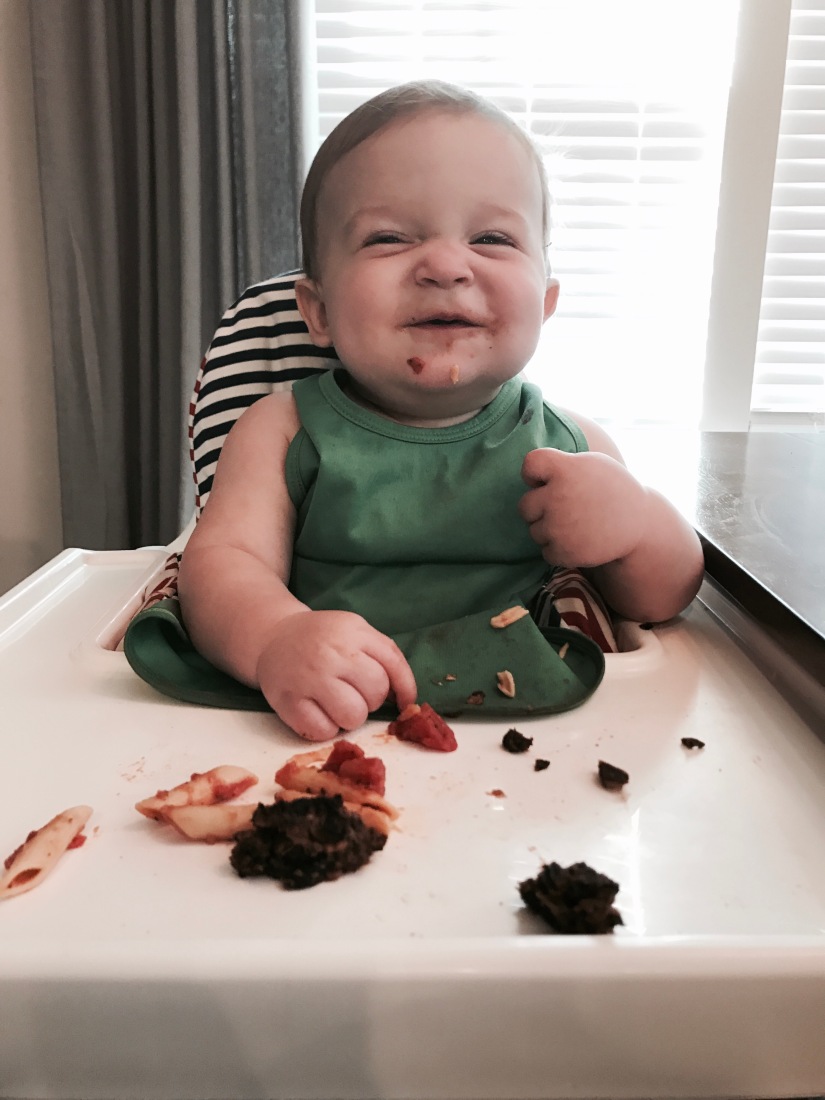 Also he has finally learned to crawl!! He will still Army crawl when he is in a hurry but he is actually finally crawling for real more and more. Mostly when he’s on hard surfaces that he can’t slide on. Ha

​​
Unfortunately my giggly little babe doesn’t think I’m hilarious anymore ha. Okay, so he still laughs a bunch (multiple times a day) but it’s a lot harder to get him laughing for a picture! He’ll just stare at me like I’m crazy. Which I probably am… I mean, I am making crazy noises, faces, pretending to hiccup/sneeze/ do pretty much anything to get him to laugh. Oh well! 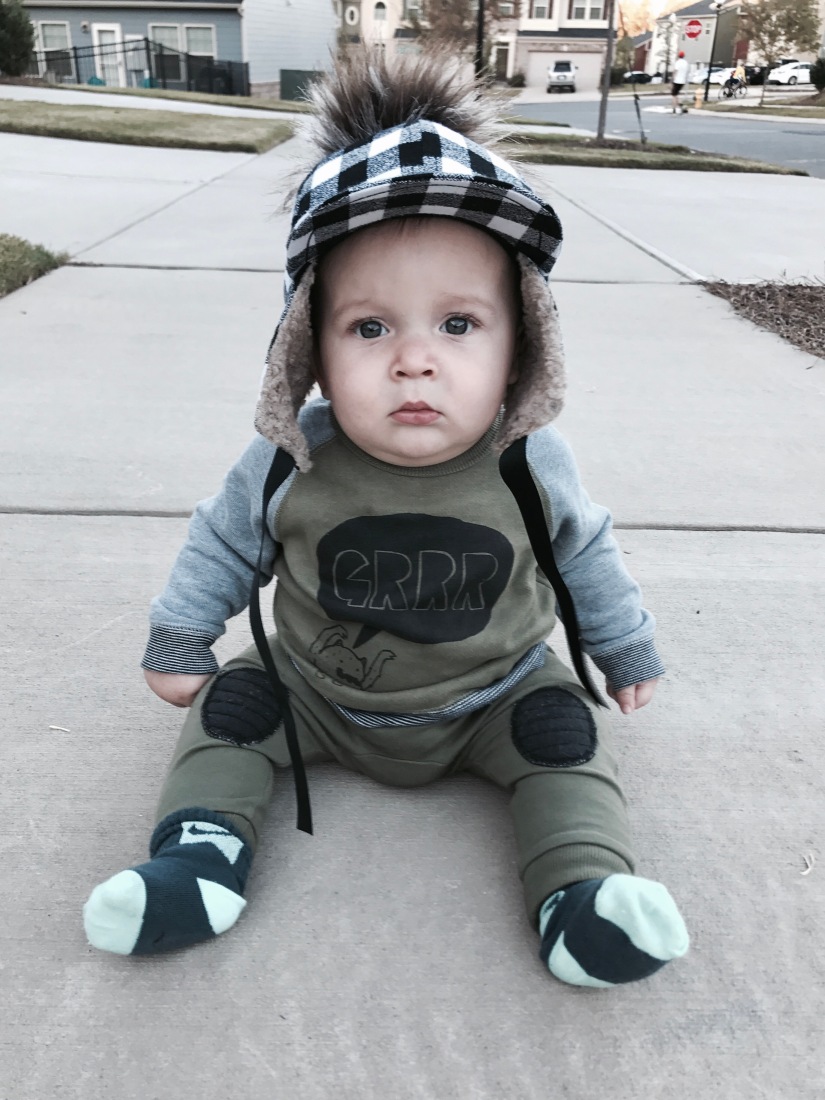 His favorite things this month are eating, drinking from his cup, moving his ball pit, playing fetch with Pickles, pulling all the books off the shelf, door stops, chewing on the media cabinets knobs, and getting into mischief. 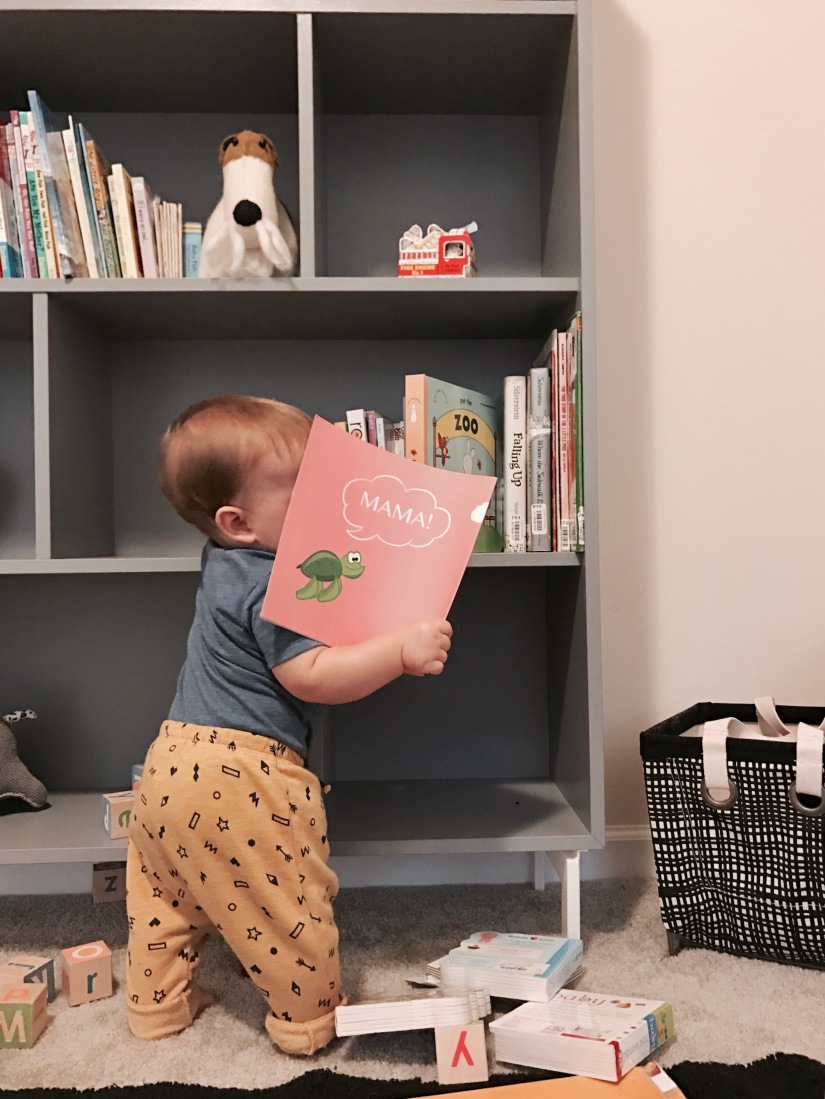 Waylen still isn’t walking yet but he is getting more and more comfortable on his feet! He also had his second cold this month (which he is actually still getting over.) Nothing is sadder then a baby with a runny nose! 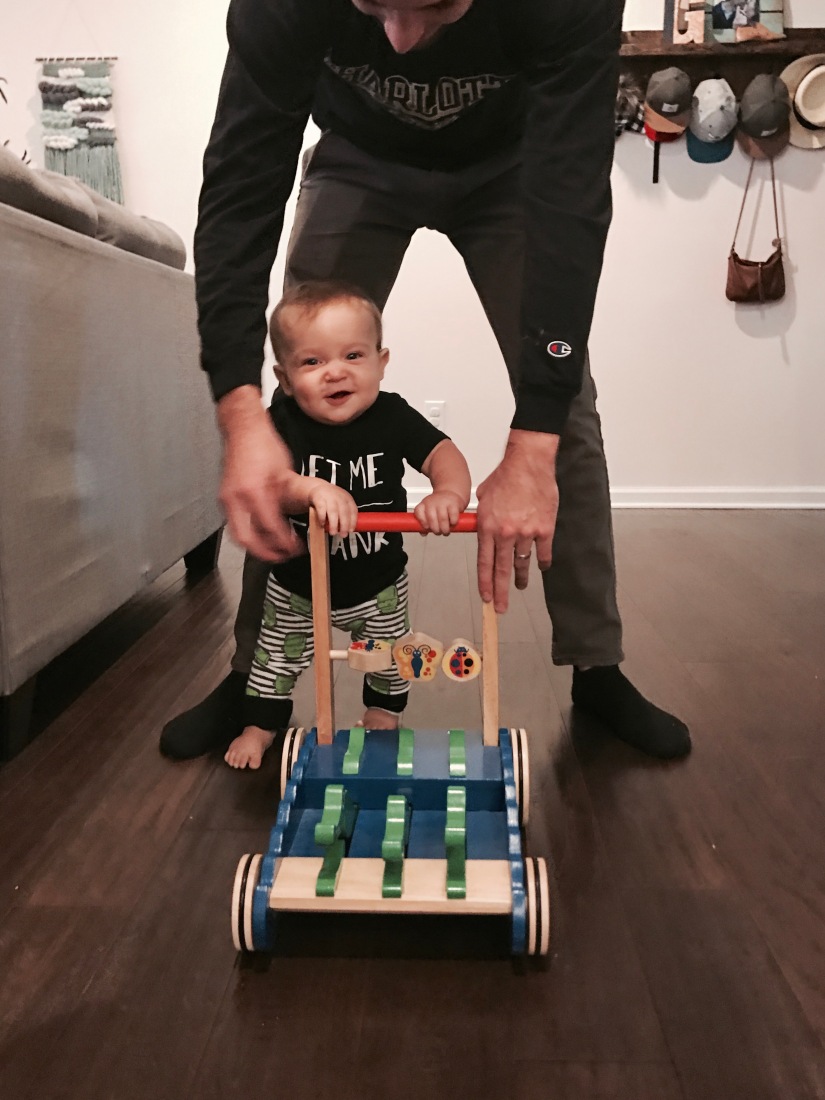 Besides that everything this past month as been great! I can’t believe how fast he is growing up though. Only two short months and we’ll be celebrating his birthday! CRAZY!