Today is Mother’s Day. The original post I had planned for today was much different then what I am writing now. Originally I had planned to announce that we were pregnant with baby number 2. I would have been 12 weeks just a few days prior to today and I thought it would be the perfect day to announce the news.

Unfortunately I had a miscarriage at 8 weeks. You hear how common they are, everyone knows someone who’s had one, but you never think it’s going to actually happen to you. Even when it was happening, I still didn’t think it was happening. 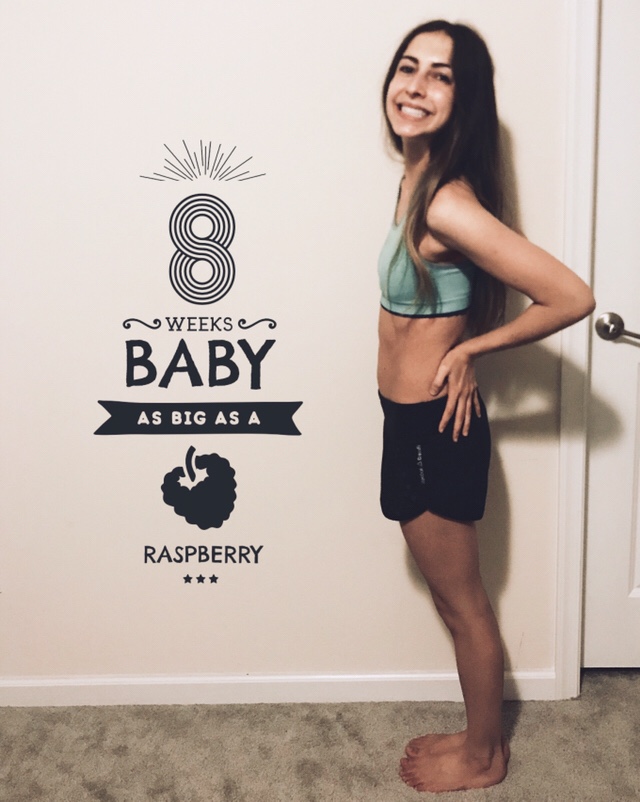 I had some bleeding one afternoon so I called the doctor. Since it wasn’t heavy and I didn’t have any cramping or pain they said it sounded completely normal and just to update them if anything changed. 24 hours later I was still bleeding so I called back. Again they said since it had stayed consistent and I still had no pain or cramping that it sounded normal. About 25% of healthy pregnancies have some type of spotting or bleeding. I really wasn’t too worried but they suggested I could go to the obgyn Urgent Care if I wanted too, so I did. It was weird, I really thought everything was going to be okay. I got lost deep in google searches and the large majority all ended up okay with the symptoms I was having. But then I was getting ready to leave so I went to grab my rings to put on. I have four bands total but when I grabbed for them I just got three. (Sometimes I wear them all, sometimes I don’t.) But then I looked down and saw that I just had three and I somehow just knew. Three rings, three people. I, of course, grabbed the fourth as if wearing it might make a difference, it didn’t.

I got to the urgent care with just Waylen. They did a pelvic exam and then Chappy arrived right in time for the ultrasound. Now I couldn’t see the screen but when the tech doesn’t talk, you know it’s bad. She literally didn’t say one word the entire time and then after just said the doctor would be in to talk with me. She confirmed what I already knew, I was miscarrying.

It’s hard to even describe all the emotions I was feeling. Sad of course. Some disbelief. Disappointed. A little embarrassed even. Ashamed. I am such a planner so it was really hard to just stop all the planning I had already got rolling. Also though I did feel a little blessed that it happened early and not late in the pregnancy. Now not thatttt blessed. I just acknowledged how much worse it could have been.

The first few days after it happened I almost felt numb. I would cry on and off for just a second or so and then recover. It was hard to be reminded that I was miscarrying every time I went to the bathroom. You never really think about that part. In TV shows they show the women bleeding and then she says she’s having a miscarriage and that’s it. (I actually had just rewatched the Greys Anatomy episode where that happened a few days before my own miscarriage.) They don’t show the next week plus of bleeding and how it messes with your mind. They also don’t show your hormone levels changing can effect you. I got thrown right back into the night sweats I had postpartum. Every day though, I took a step forward.

I had told my close friends and family I was pregnant even though I hadn’t made it to the 12 week mark. They say not to tell incase you miscarriage. For me though, I would rather walk into a room full of friends who knew I had a miscarriage then have to walk into a room where I was having to hide it. I’d want them to know why I may be struggling or why I may be distant. If I had to do it all again, I would still tell them.

I would be lying if I said I’m not a little nervous. Nervous to see if I can get pregnant again, nervous for when I actually do get pregnant again. Just nervous. It’s hard when you don’t know why something happens, it just does. But I’m not alone. I’ve just joined the club of nearly 20% of women who’ve had miscarriages. A club no one wants to join.