Last month in single digits!! Whatttt!? It’s crazy how fast time goes but at the same time it feels like she’s been a part of our family forever. 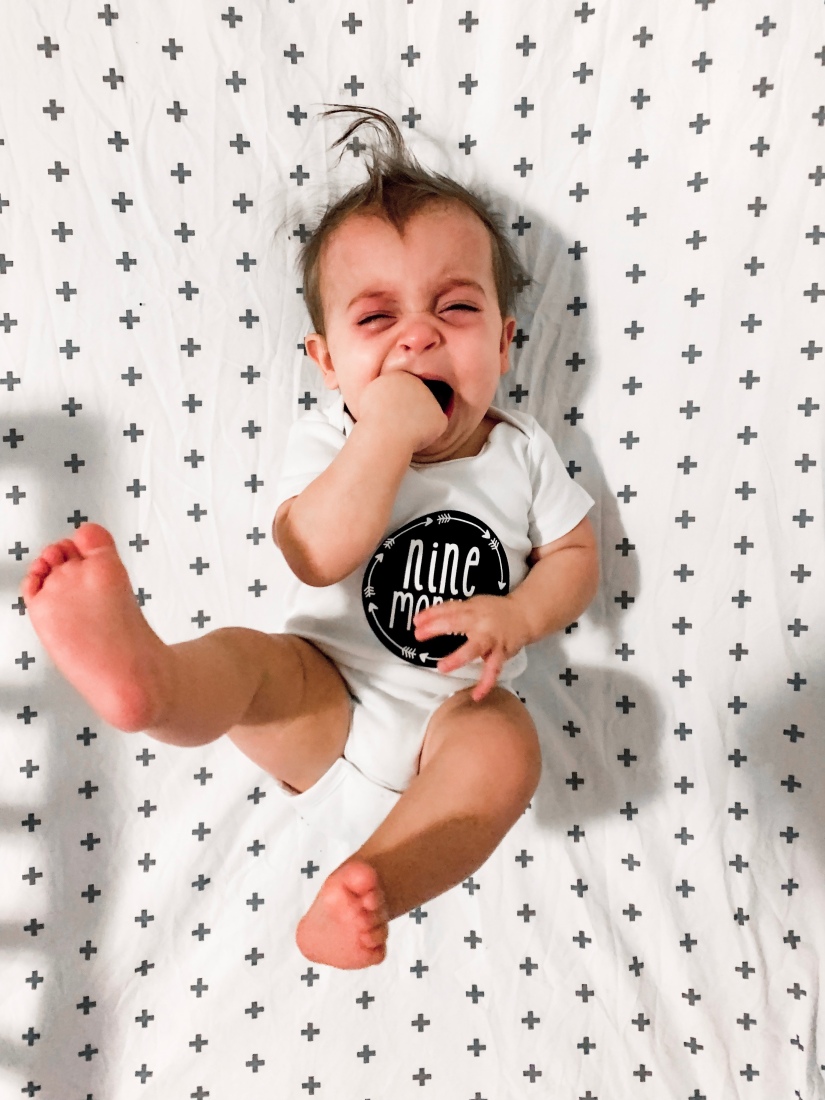 Some of her favorite things are pulling up to standing, eating, watching Waylen play, sucking her two left fingers,bouncing to music and emptying every shelf or bookcase she can find. She is such an explorer and is always on the move! She’s also finally started to actually crawl crawl sometimes instead of just army crawling everywhere.

She may still be tiny weighing it at only 16lbs 5oz but she’s definitely little miss piggy! She literally eats meals triple the size of Waylens! She LOVES her food! And we’ve already hit our goal of trying over 100 things by one! Some of her favorites are zucchini fritters, mahi mahi, and sweet potato muffins but let’s be honest, we haven’t found a food she doesn’t like. 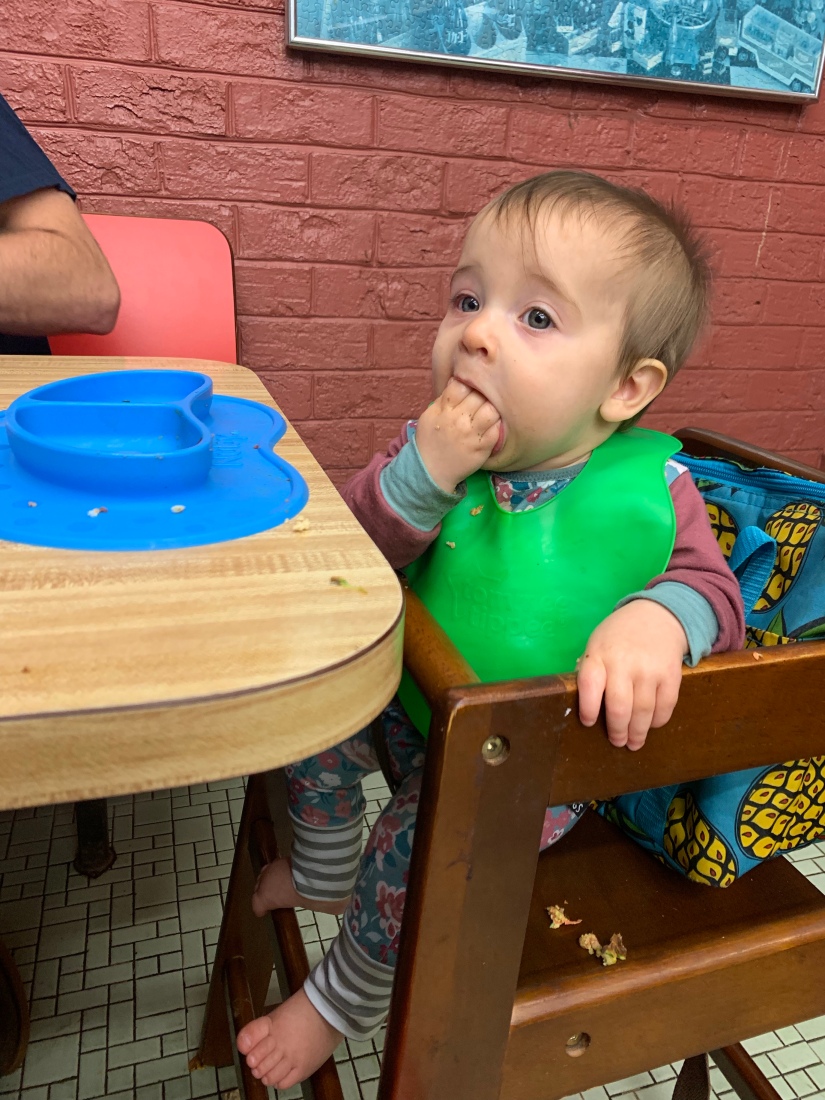 This past month we’ve had so much fun with little miss K. She’s experienced her first Thanksgivings, went to her first parade, and even got to meet Santa Clause! Clearly she was really excited about it

Her peach fuzz hair is coming in strong but she still has some crazy long baby hairs remaining. Currently debating if we should cut them or just leave them for kicks. 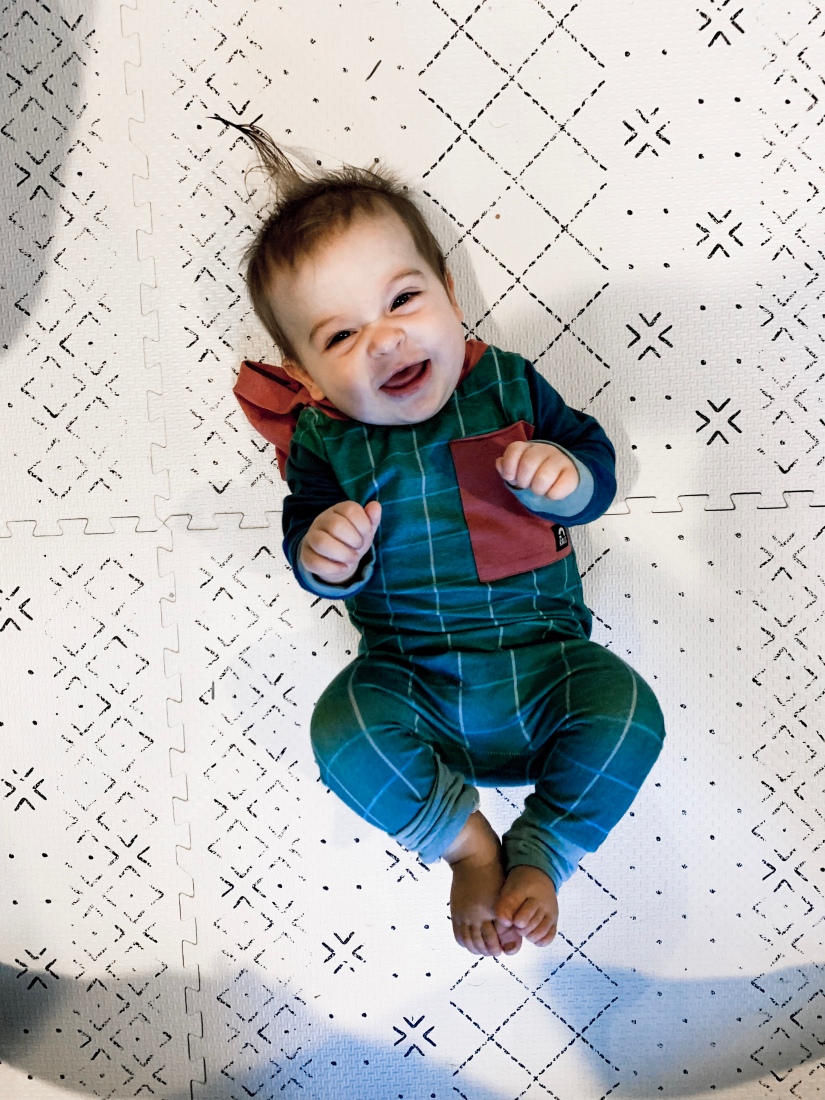 Only 5 days until we get to celebrate sweet Kenny’s first Christmas! This next month is going to be so much fun!

HERE’s Waylen’s 9 month Update for those of you following along. 🙂