Waylen officially dropped down to one nap this past week and we survived! I’ve been getting a few questions about the whole experience, mostly 1) how did the transition go? and 2) what does his schedule look like now? So I thought it was time for another “day in the life” posts! 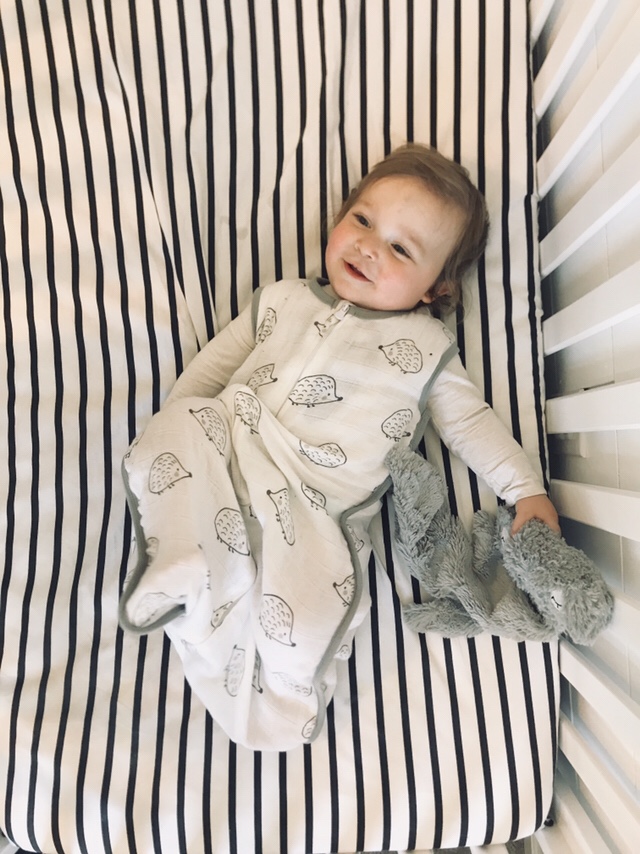 Let me start by explaining why we dropped a nap. Waylen used to take two naps, one from 10-12 and one from 3-4:30, but about a month ago he started skipping his second nap. He would sleep solid during his first nap but then occasionally just play in him crib during the entire duration of his second nap.

Luckily for me, he’s great at entertaining himself. He wouldn’t cry, just lay down or sit while playing with his shark for the entire nap period. You may ask why I would leave him in there all that time… well one, I was hoping he’d fall asleep! Duh ha. Also though, he wasn’t crying, and he was still being restful so I figured it was better than nothing.

Eventually though it went from the occasional skipped nap to every day so we decided to officially drop it!

Since changing up his nap schedule Waylen’s been a little bit crankier. 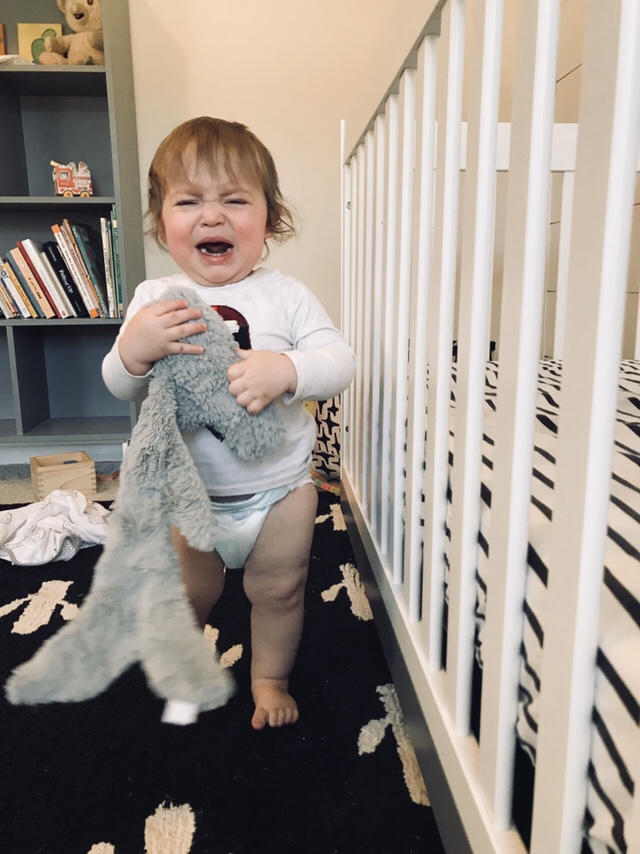 The first day he got fussy around his old nap time and then only napped about 1.5 hrs. Slowly though it’s crept back up and is staying at about 3 hrs. now! Overall it’s been a success and it is really great because I get more time to do stuff with Waylen throughout the day! Entertaining him for over 5 straight hours though… it can be exhausting ha!

So in order to help keep Waylen entertained throughout the day I try to separate his time between different sections of our house. Waylen has zero screen time (and we’re planning on keeping it that way until he’s at least 2,) so I want to make sure he stays engaged with just his toys… (dogs, outdoors, books, everything in my kitchen cabinets.🙈) We spend most of the morning upstairs in his room or mine, afternoons downstairs in the great room and kitchen, and early evenings outdoors. This way he doesn’t get bored of his toys! Also I like to exchange some toys out every few weeks. It’s like getting new toys without spending all the money! It’s great! Ha. 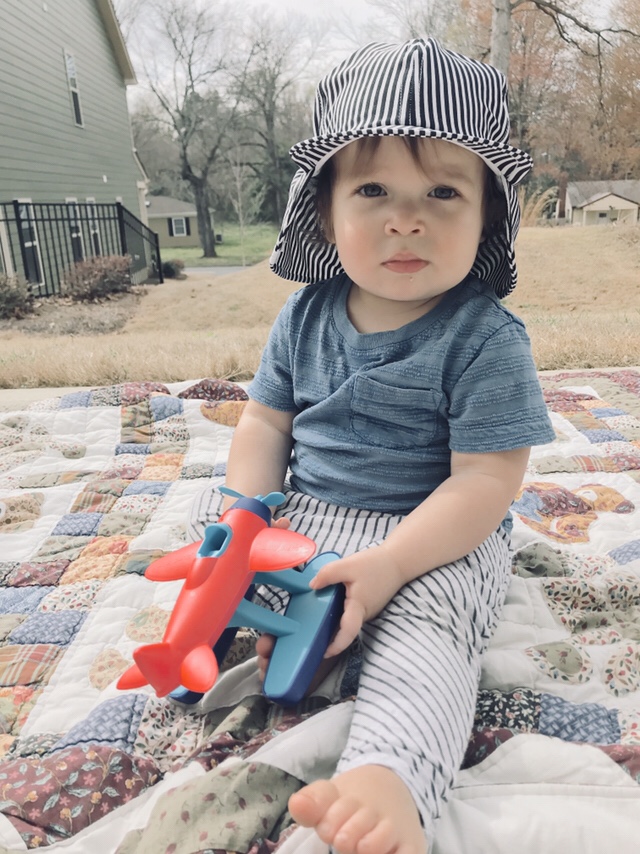 What are some things you guys do to keep your babes engaged throughout the day??