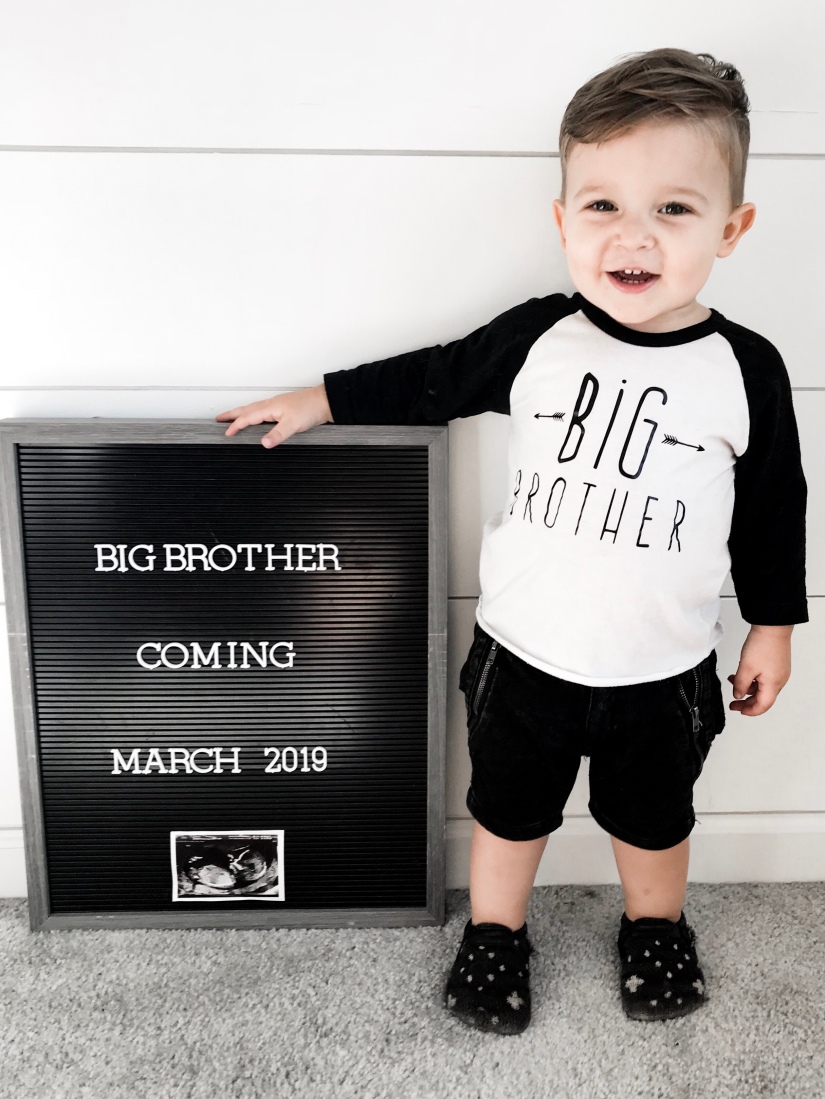 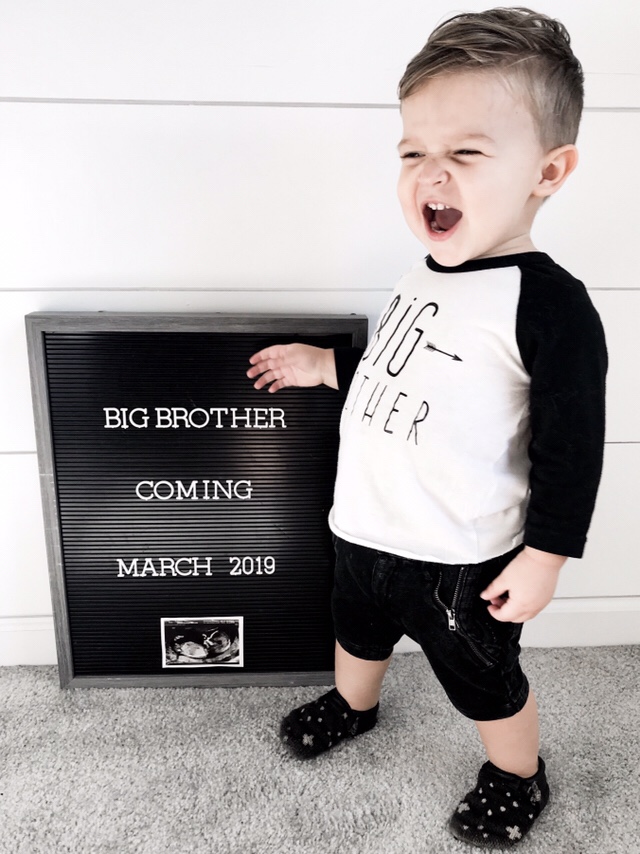 If you’ve been wondering why I’ve been kind of MIA on social media, this is why! The nausea and “morning” (aka all day) sickness hit me full force again right at 6 weeks. It’s funny how familiar the feeling was once I was back in it.

Now if you’ve been following my story you know I had a miscarriage at 8 weeks back in April. To say I’ve been emotional this pregnancy would be a huge understatement. I am feeling alllllll the emotions. Scared, anxiety, hopeful, but not too hopeful. My main saving grace though? This damn morning sickness! I swear the worse I feel, the less anxious I am.

With my last pregnancy I never had the morning sickness and nausea like I did with Waylen. So this time around having it makes me feel a lot less anxious. Now with Waylen I was sick allll the time, worse at night, but never actually threw up. Just always felt like I was going to! (Yuck) This time, I felt literally the exact same way, that is until I started throwing up at 11 weeks. (Double yuck.)

I basically haven’t ate a real meal in 7 weeks. I’ve lived mostly off of pickles, otter pops, plain eggos, and blue Gatorade. The food adversions have been crazy. I won’t want anything to eat except for one random thing, and it changes every day. Exactly how I was with Waylen too! If I don’t eat often enough, I get really sick. If I eat too much, I get sick too. Somethings being pregnant is really fun! Ha! But don’t worry I wouldn’t change it for the world!

I started this pregnancy at 101lbs and so far have lost 5 lbs. I think with Waylen I lost about 4 in the first trimester. You can read more about that pregnancy announcement here.

Now here’s some pictures to catch you up on the last 13 weeks. Basically I’ve been living on the couch with a bowl next to me just in case I can’t make it to the bathroom. Glamorous, I know! 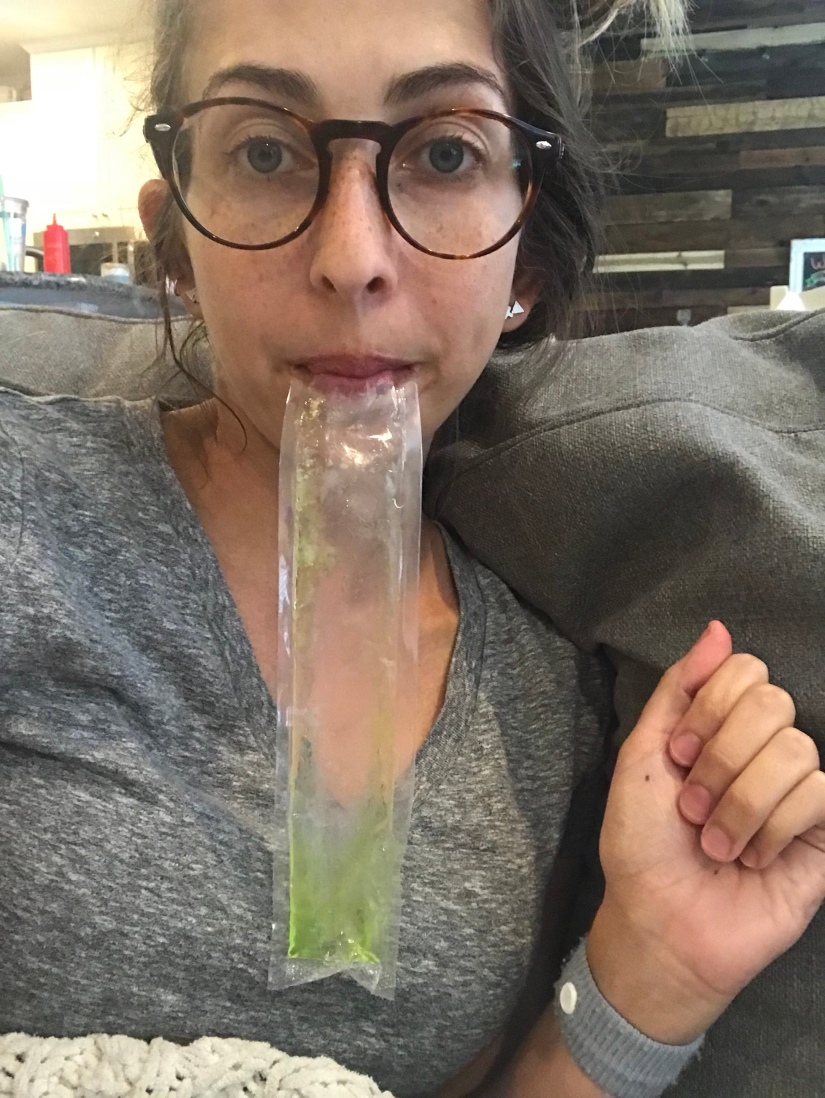 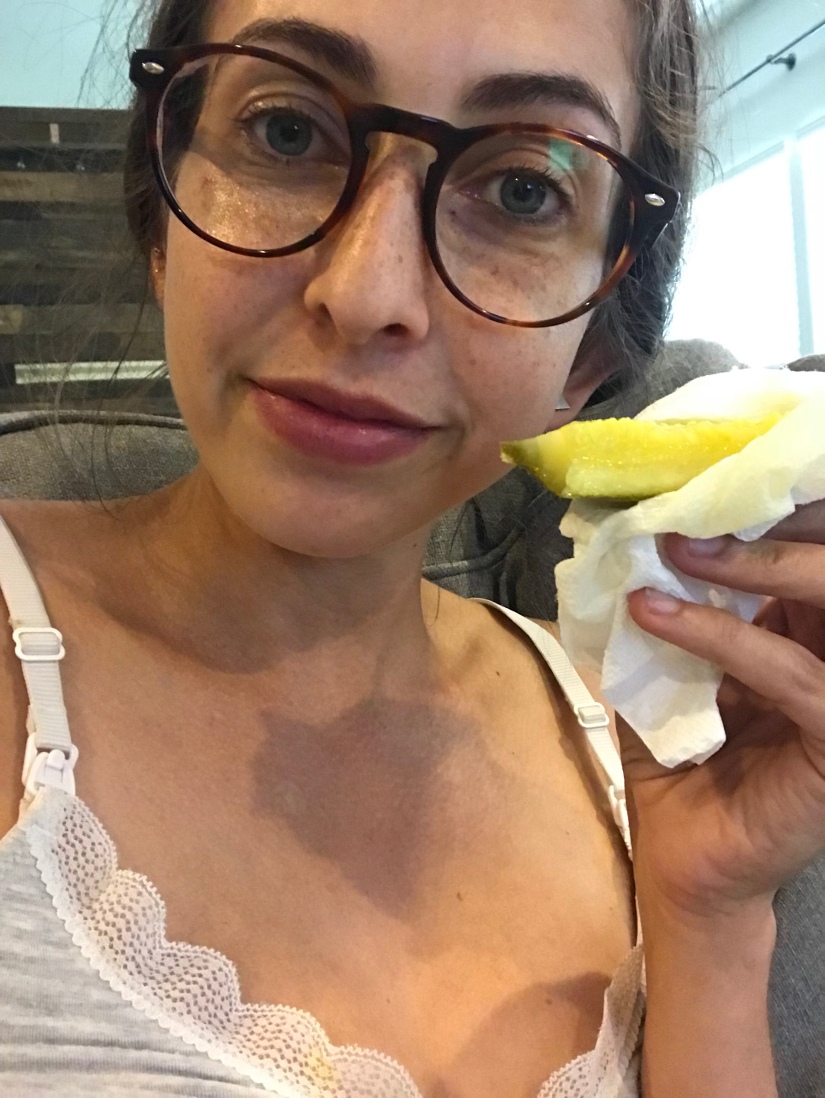 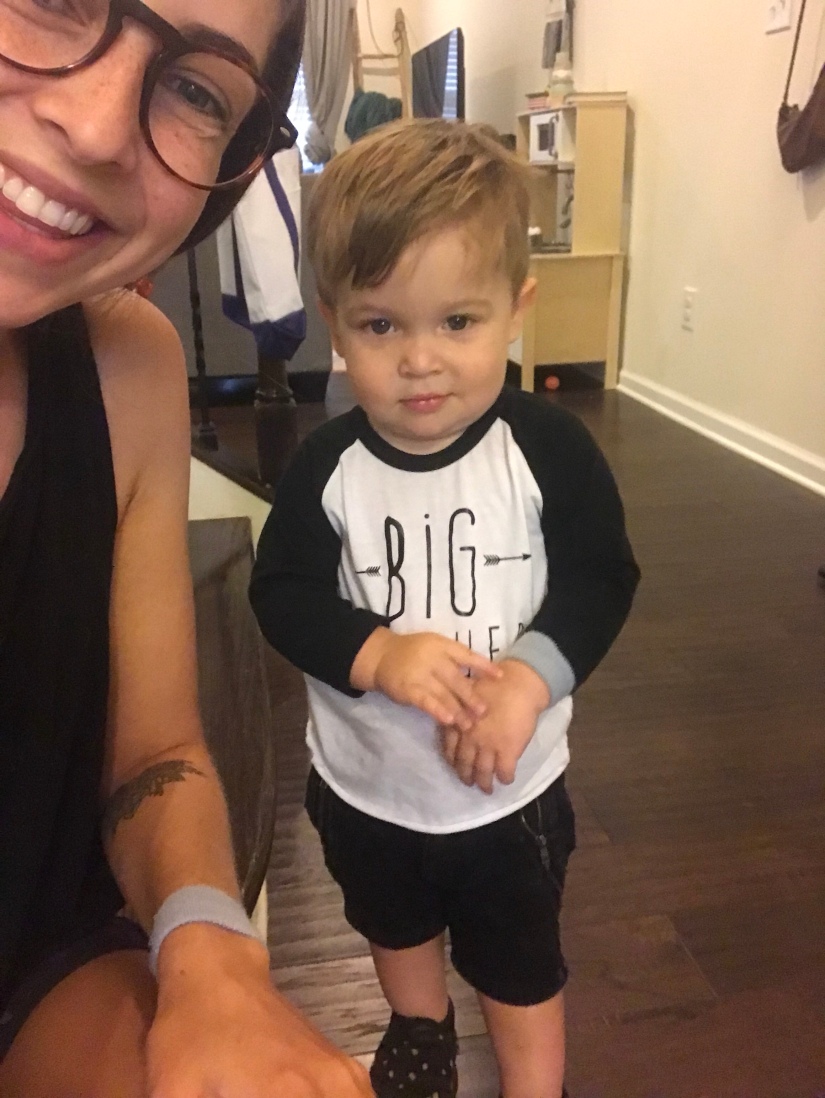 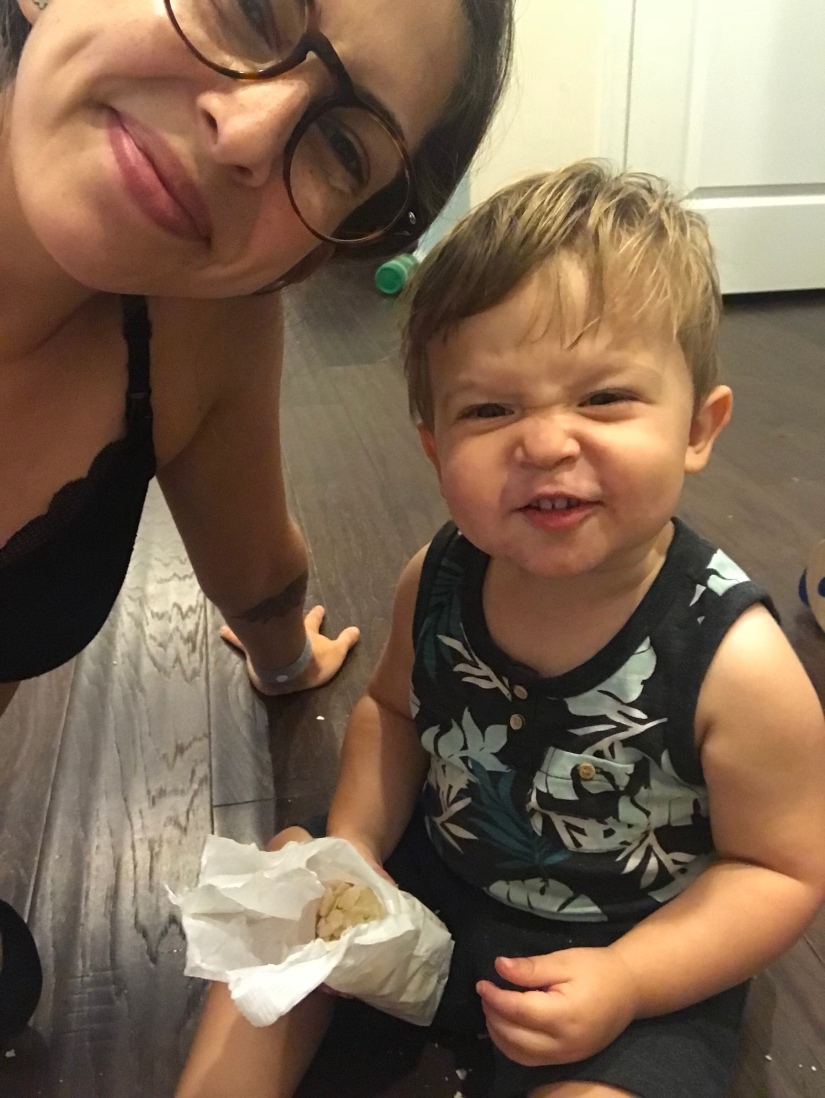 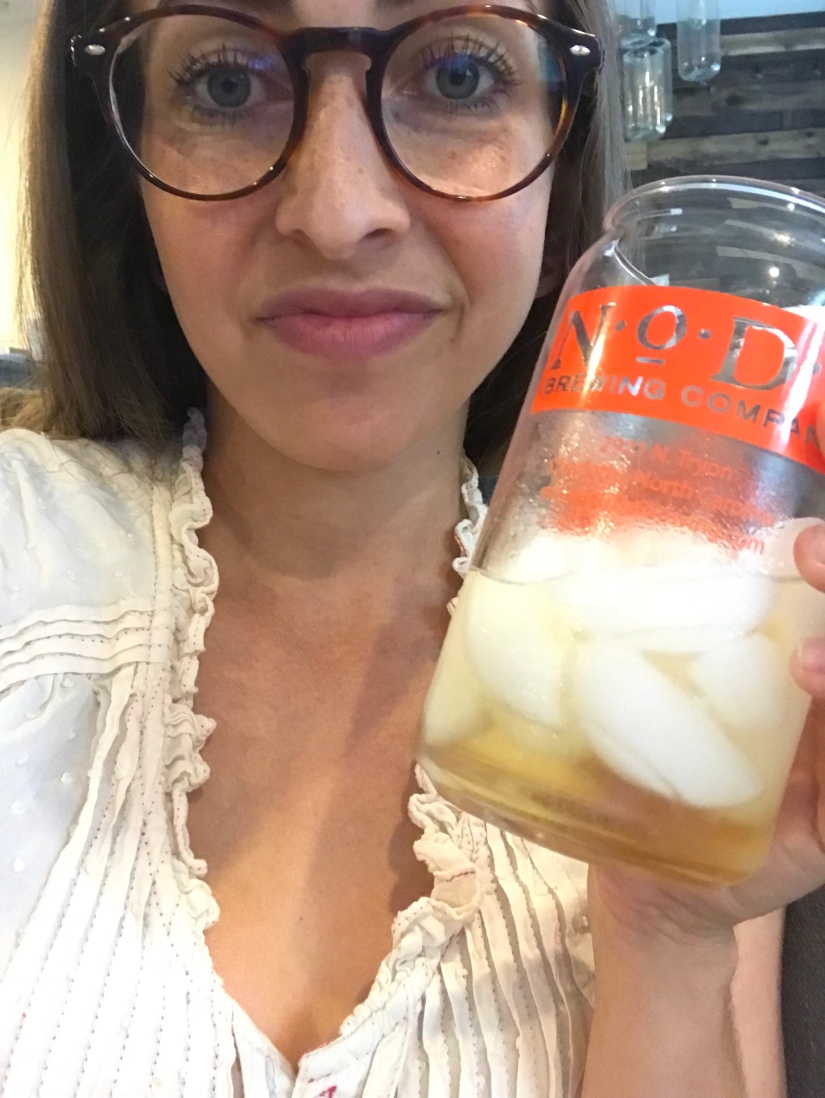 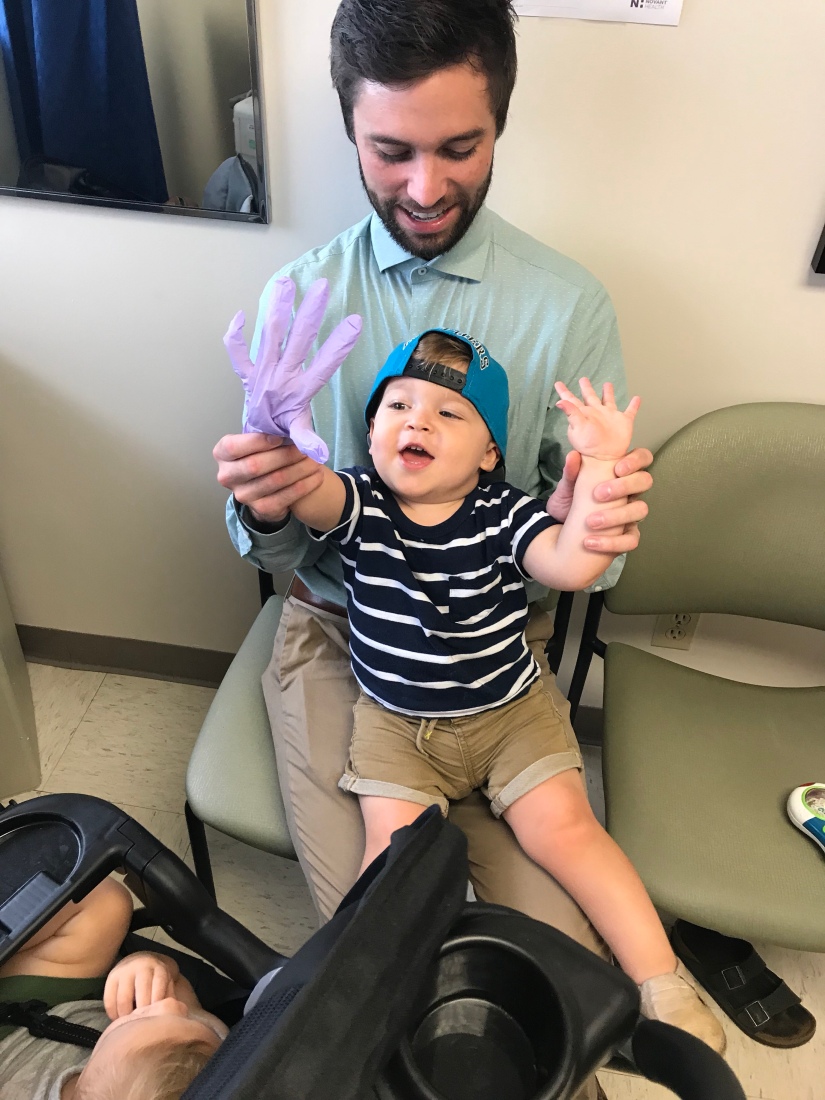 Here are some comparison pictures from my pregnancy with Waylen. Waylen’s on the left, new baby on the right! 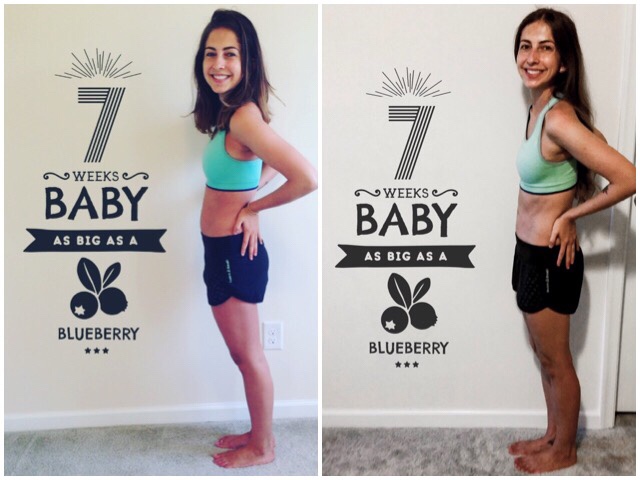 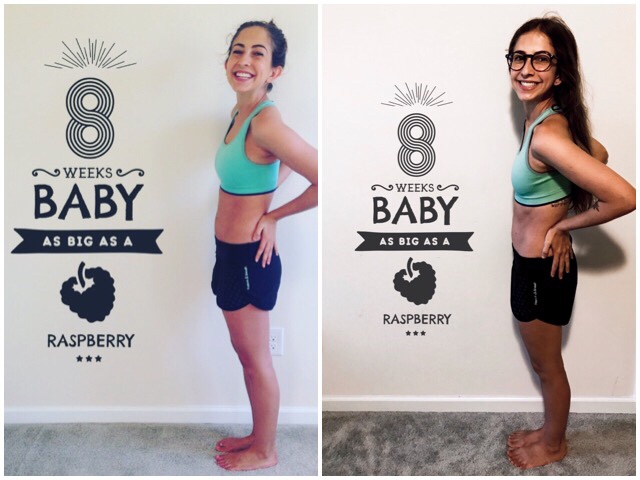 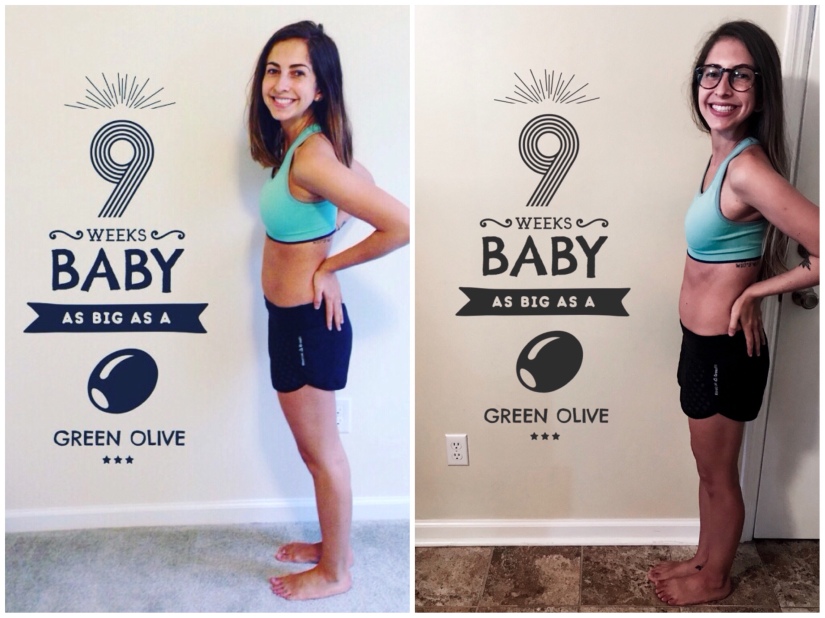 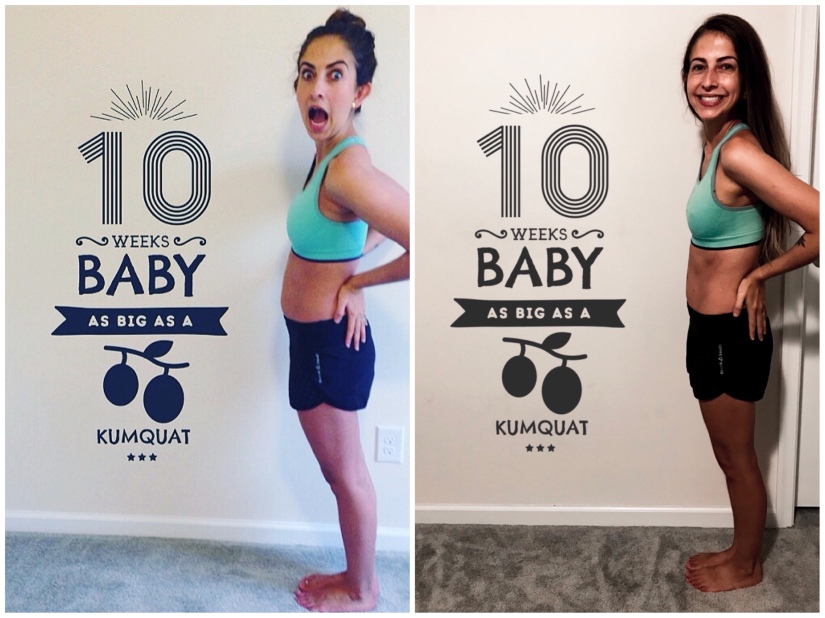 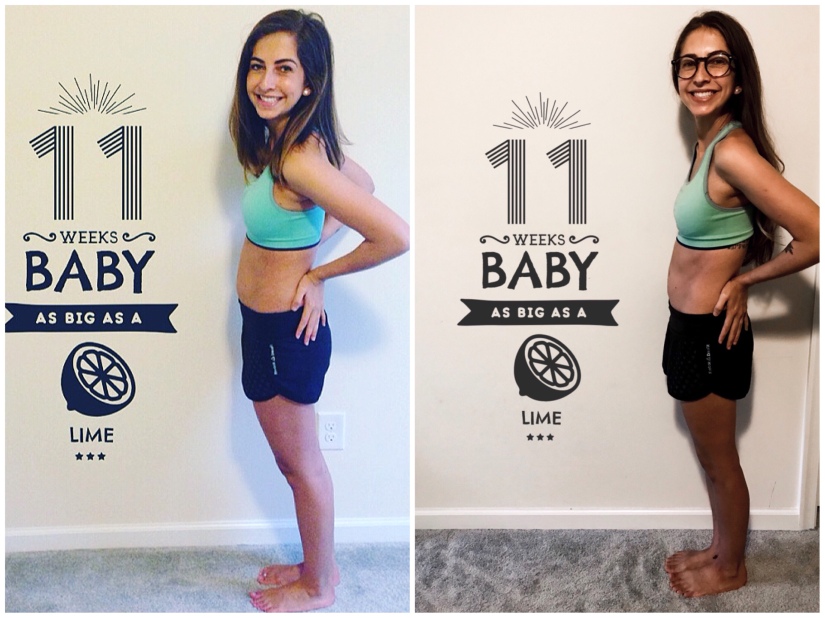 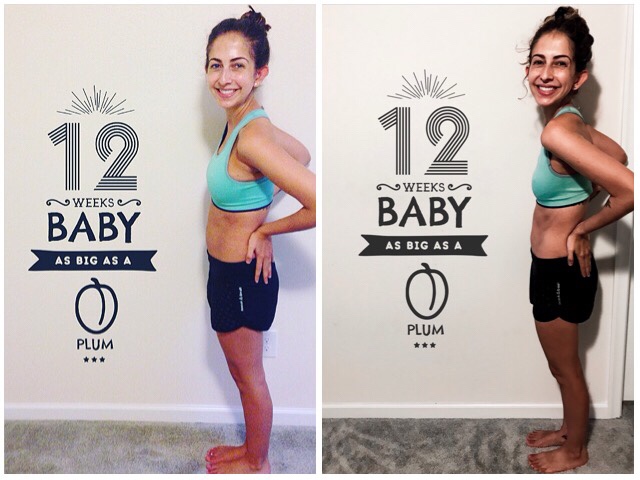 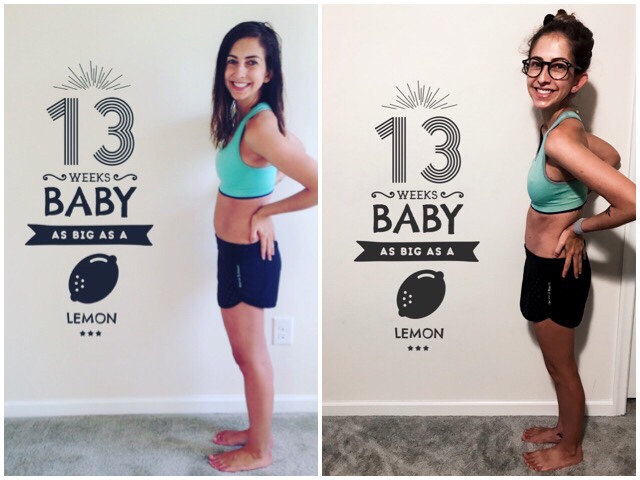